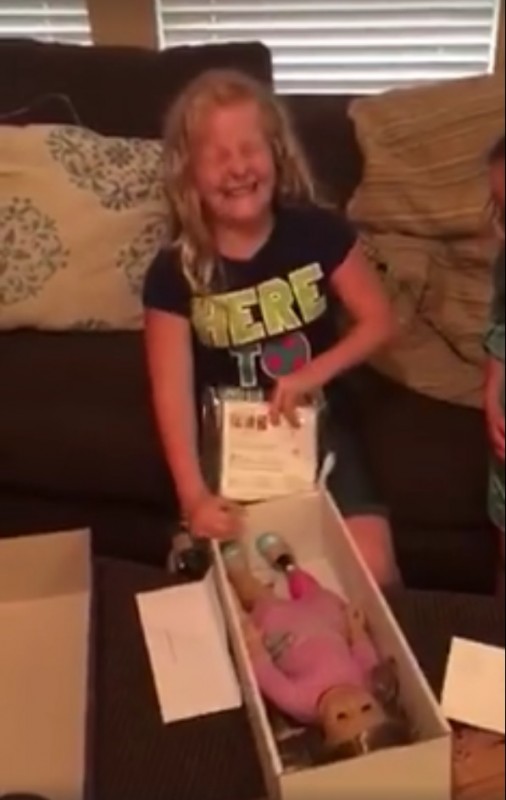 In case you still needed convincing as to why diversity and representation is important when it comes to children’s toys, allow me to submit this stunning and joyous example.

Courtney Fletcher Bennett’s daughter, Emma, has a prosthetic leg. So, her parents sent one of her dolls away to a company called A Step Ahead Prosthetics to be fitted for a prosthetic leg of its own. Emma’s reaction pretty much speaks for itself, so I’ll let you watch it:

I don’t know what’s sweeter about this video: the fact that her parents did this in the first place, the fact that the company responded in such a lovely way, or the fact that Emma’s little sister is so darn excited to be taking part in this surprise for her big sister. Probably all of the above.

To anyone who doesn’t understand when people complain about a lack of representation anywhere — in entertainment, in toys, in other media, in fashion, etc — to people who would say, “What’s the big deal? It’s only a toy!” I would like to say that THIS IS WHY. Sure, this little girl could’ve gone on playing with dolls with two legs and probably been fine, but being able to see yourself represented in what you love is so meaningful. It means you matter. It means that there’s a place for you, not just in the realm of that thing, but in the world.

Take note, toy companies! You could be causing this level of joy ALL THE TIME by creating items that reflect all the children who might be playing with them. Wouldn’t that be wonderful?

(via KTLA, image via screencap)