I want to believe they won't leave us with that cliffhanger season 10 finale. 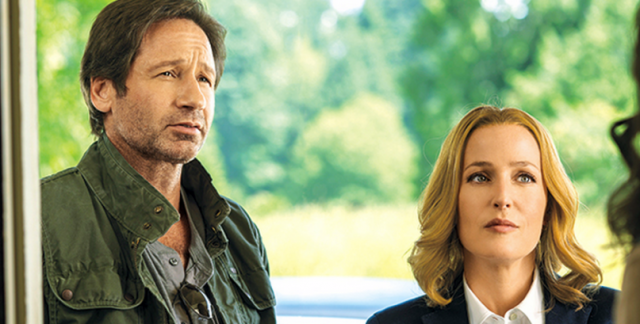 After the success of the revival of The X-Files, the only question that seemed to remain was not if, but when the stars would return for more.

Last month FOX shared that it was definitely a subject of several talks had with not just the show’s creator Chris Carter but with leads David Duchovny and Gillian Anderson as well. It also seems to be a question on every reporter’s mind every time Duchovny or Anderson take an interview–but thankfully it sounds like both of them are down to return.

In a joint interview with Duchovny for Deadline, Anderson spoke with Deadline about playing Dana Scully again, saying that she’s “open to the conversation”, though when that’s going to take place isn’t exactly certain. However, she’s not sitting around waiting for the call: “I’m getting on with the rest of my life and I’m booking other jobs, so if it is indeed something that they would like to continue, then that conversation will need to be had.” (We definitely know that’s true, since she just finished up a fabulous run as Blanche in A Streetcar Named Desire at St. Ann’s Warehouse and she’s already started shooting Bryan Fuller’s American Gods adaptation for Starz!)

In Duchovny’s mind, returning to The X-Files was proof in itself that the show could thrive again, but he’d want to take that success and build on it if they decided to go the way of another season: “I guess what we found with this season was that it’s possible to still get it. It doesn’t not work. And then the question becomes, if we were going to move on, how do we make it work even better?”

So while it sounds like TPTB are feeling fairly optimistic about the prospect of another X-Files miniseries, it’s still likely a little ways off yet. (Reports are saying it would likely happen over the 2017-18 season.) As someone who watched (and recapped) the miniseries as a devoted fan of the series, I’ll admit some parts of season 10 were more successful than others–but overall, I was excited to have Mulder and Scully back on my TV again, and I think there’s still potential for future stories there. But hey, FOX, how about we do a better job of paying Anderson what she’s entitled to next time around, huh?