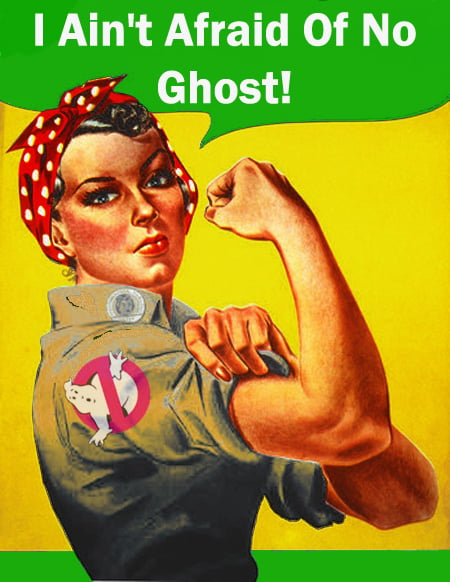 It's official. I'm making a new Ghostbusters & writing it with @katiedippold & yes, it will star hilarious women. That's who I'm gonna call.

And we’re pretty excited about it.]

The Hollywood Reporter says Paul Feig’s The Heat co-writer Katie Dippold has just been hired to team with him once again for Ghostbusters 3. They write, “Dippold’s hiring will buttress the female voice as the script is rehauled. She recently finished penning a sequel for The Heat and previously honed her comedic voice working on NBC’s Parks and Recreation as well as MadTV.”

There’s not too much more info in the piece since we originally heard about the updated premise, specifically that there would be a new team of female Ghostbusters. THR reiterates that, saying “the Ghostbusters would now be a female team and the project would no longer be connected to the earlier movies but now launch a new series.”

They could just be repeating that same old rumor, though, as none of that has actually been confirmed by Feig. So we’d recommend a little skepticism on the female Ghostbusters front. There’s still a chance for guys to swoop in and take this one, though Dippold’s hiring is a step in the right direction.

There hasn’t been any official movement on casting for this one, but original Ghostbuster Bill Murray suggested folks like Emma Stone, Linda Cardellini, Kristen Wiig, and Melissa McCarthy.

(image via maldo71 on DeviantArt)