Bridesmaids & The Heat Director Might Make A Female-Led Ghostbusters Reboot

For once, I don't care that Hollywood is out of original ideas. 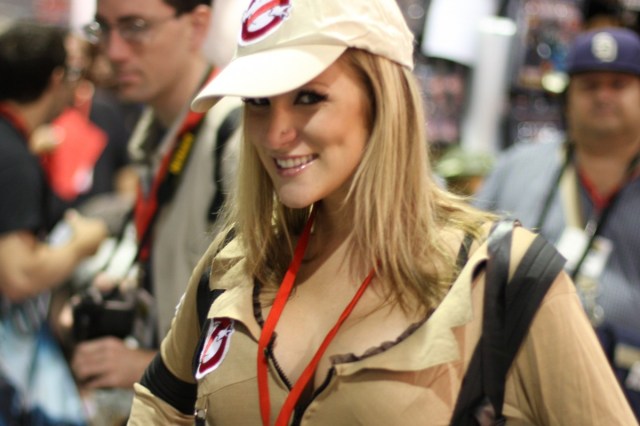 File this under “If this is legit, we are more excited for this movie than perhaps any other movie ever.” Various outlets are reporting that Bridesmaids and The Heat director Paul Feige is in line to direct the new Ghostbusters film that’s in development – and that he’d want it to star an all-female team.

Ivan Reitman was originally on-board to direct Ghostbusters 3 – his vision would have seen the movie as a sequel to the first two films with a “generational shift” – but Reitman has since decided to step back into a producer role. Instead, Variety and The Hollywood Reporter are saying that Feig is Sony’s top choice for the next Ghostbusters, and that they are currently having “conversations” with him about it.

Instead of being the direct sequel that Reitman’s film would have been, Variety is saying that Feig’s script would be a complete franchise reboot, “most likely” starring lady comedians in the lead roles. As long as Feig-favorite Melissa McCarthy is involved somehow (Ray Stantz??), I’m totally in.

Please, whatever Hollywood spirits are listening; just, please, make this happen. We will give this movie every dollar.

(via Collider, photo via Nathan Rupert)