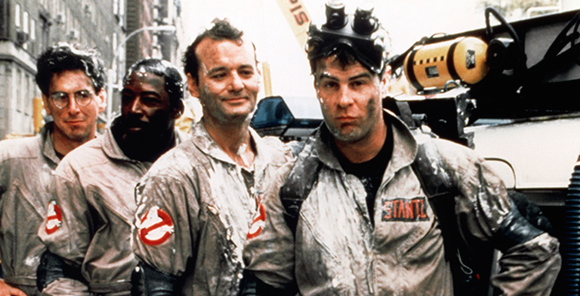 After Harold Ramis died, Ghostbusters and Ghostbusters 2 director Ivan Reitman decided he’d step down from the long-in-development-hell Ghostbusters 3 and let someone else take the reins. And, while I absolutely respect his decision, reading Reitman’s thoughts on what Ghostbusters 3 should be like makes me want to zip across to a parallel universe where he’s still the one in charge of it. To be fair, I already wanted to be there, because in that universe Egon isn’t dead.

What it comes down to, basically, is “Don’t reboot this sucker, I swear to God.” “I certainly think rebooting it is not interesting – i.e., tell the same story but with new guys,” said Reitman to Spinoff Online. “But picking up a story that has a generational shift in it, yes.”

So, working with Reitman’s script, there would’ve been a new team, but Egon, Ray, Peter, and Winston wouldn’t be out of the picture. Ramis elaborates: “I always felt it was important to tell a story that had the first two movies as predecessors that everybody involved in the movie recognizes. I mean, all of the story recognizes, as opposed to well, let’s pretend nothing happened and let’s talk about the creation of Batman yet again. That’s sort of what my thinking was.” It’s good thinking. I’m imagining the original quartet as supernatural Yodas, teaching a new group the ins and outs of busting ghosts and handling dickless government bureaucrats with flair and panache.

Still, Reitman remains onboard as a producer, so hopefully he’ll have enough influence to keep a full-scale reboot out of the cards. He, for one, is excited to see “the opportunity for new ideas and kind of a fresh take for some of the things that we built into [the original] draft.”