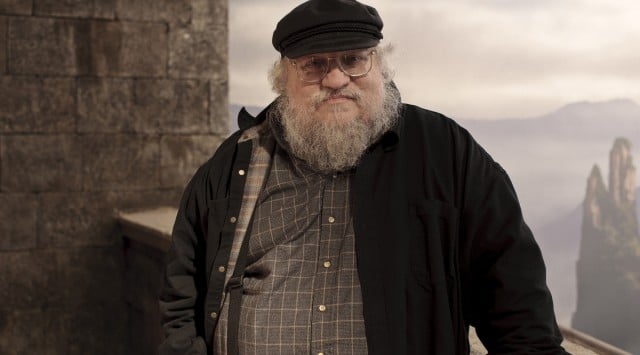 If you’re just a watcher of Game of Thrones and haven’t read George R.R. Martin’s A Song of Ice and Fire, you may be in the dark about a few fan theories. What am I saying? I’ve actually read the books and was completely mind-blown when I heard about “R+L=J” and several other theories. But Martin has now flat out said, some of you hit the nail on the head. Hear what he has to say about what it could mean for the series as well as the well-known princess used as inspiration for Brienne of Tarth.

Earlier today we posted a few things Martin had to say on gay sex and superfans at the Edinburgh International Book Festival, but we missed a few big items from the talk. Firstly, and non-spoilery, his inspiration for Brienne of Tarth. Pajiba has the relevant quotes:

I enjoyed Xena the Warrior Princess a lot but I did not think it was an accurate portrayal of what a women warrior was or would be like, and I sort of created Brienne of Tarth as an answer to that. I was inspired by people like Eleanor of Aquitaine and not so much Joan of Arc, but the queens of Scottish history, from Lady Macbeth on down – strong women who didn’t put on chain-mail bikinis to go forth into battle, but exercised immense powers by other ways.

Wow. So Martin basically looked at Xena and said, “I can do better.”

Ok, heading into spoiler territory now—but spoilers will be covered.

Recently Sean Bean spoke about the “R+L=J” theory by saying and shocking a fair few who hadn’t seen that confirmed anywhere. Not that Bean’s word can be taken as 100% confirmation, but it’s probably a safe bet. Anyway, at the festival, Martin had this to say about things (unspecified, but probably R+L=J, because who are we kidding?) he’s been leading up to:

I’ve wrestled with this issue, because I do want to surprise my readers. I hate predictable fiction as a reader, I don’t want to write predictable fiction…I want to surprise and delight my reader and take them in directions they didn’t see coming. But I can’t change the plans. That’s one of the reasons I used to read the early fan boards back in the 90s but stopped. One, I didn’t have the time, but two is this very issue. So many readers were reading the books with so much attention that they were throwing up some theories and while some of those theories were amusing bullshit and creative, some of the theories are right. At least one or two readers had put together the extremely subtle and obscure clues that I’d planted in the books and came to the right solution.

So what do I do then? Do I change it! I wrestled with that issue and I came to the conclusion that changing it would be a disaster, because the clues were there. You can’t do that, so I’m just going to go ahead. Some of my readers who don’t read the boards, which thankfully there are hundreds of thousands of them, will still be surprised and other readers will say: ‘see, I said that four years ago, I’m smarter than you guys.’

I wholeheartedly commend Martin for sticking to his guns. I mean, they are his novels after all, and he’s intended for them to go a certain route. I can’t even imagine considering changing things you’ve planned this far into the game.

If you’re planning to discuss spoilers in the comments, please preface your post with [SPOILERS] so they are more easily avoided.