What Are The Chances Ned Stark Will Return To Game Of Thrones? Sean Bean Has Some Thoughts

One does not simply return to Game of Thrones... 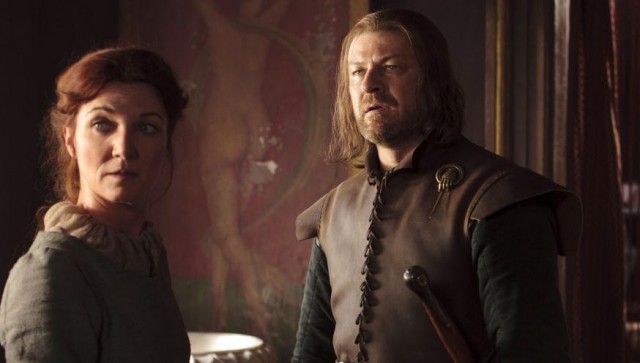 Let me say once more, BOOK SPOILERS AHEAD.

If you watch Game of Thrones, you know people don’t always stay dead. It isn’t quite The Walking Dead, but fantasy plays a large role, and if you’ve read the books you know there’s a lot more of that to come.

Speaking with Vulture, the often-killed-off actor responded to the idea he could make a triumphant return.

Since you’re almost done shooting Legends, that might mean you have a window in your schedule if Game of Thrones needs you back. There are flashbacks that they could be doing for season five …
[Excited] Are they? Really?

Of course we already saw a brief flashback of Ned this past season, though it was just old footage. But Bean had another idea of how he might return to the series for real.

“I’ve definitely got some unfinished business that needs to be resolved there. I’m obviously not Jon Snow’s dad,” he said. “And you need that to be revealed at some point, don’t you? So Bran would kind of be the one having the flashback, and he would see Ned praying, right? And revealing those things? You never know what those guys are going to do with that. It’s got to be something special. But I’m into that. I certainly would be into that. Print that! Give them a nudge. [Laughs.] Hopefully I’ll get a call soon.”

He’s right of course. While we may assume Ned’s return would be a logical option for the upcoming story, the showrunners have their own ideas on how to proceed with George R.R. Martin’s tale. We previously found out it wasn’t looking good for Lady Stoneheart’s appearance but you never know, they could be hiding all the secrets.