It’s Time for the Geekosystem Podcast! Check Out Episode 15 “Rise of the Lizard People”

Where we greet our new writer Carolyn, and make her share a mic with Victoria. 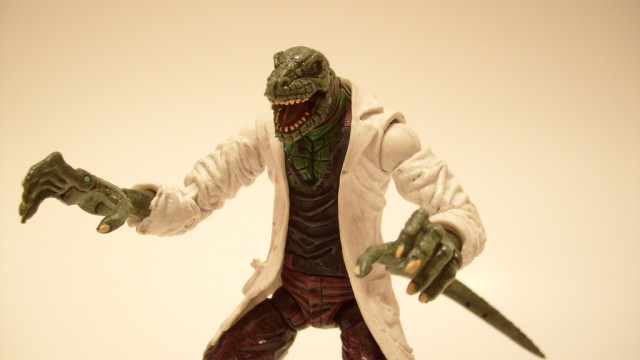 We’re joined by our newest writer, Carolyn Cox, for this episode of the podcast. We talk about the Bechdel Test, sharing, our love/fear relationship with space robots, and Dan admits to being a lizard person bent on global domination. Oh, and we give you our Editors’ Picks for the week.

You can listen to the episode right here, or you can subscribe in iTunes. You can also rate and review things in iTunes, and we’d love it if you did.

After welcoming Carolyn to Geekosystem, we talk about her first article for the site, which is about what the Bechdel Test meant for movies in 2013. Movies that passed the test by having two female characters talk to each other did better at the box office, but that doesn’t necessarily make them good movies by feminist, or really any standards. The conversation quickly turns to Nicholas Sparks, M. Night Shyamalan, Victoria’s claim that she wrote The Notebook, and that time Glen went to see The Notebook by himself.

We come up with a pilot pitch for a show starring Jake Lloyd (young Anakin) and Daniel Logan (young Boba Fett) where they have adventures together, but most of the episode is spent talking about space robots of varying size and terror levels.

There’s the Robonaut, and it’s nightmare Doc Oc tentacle legs. We learned about a smaller, but still terrifying space robot that can climb on walls like a gecko, but that also looks like a spider. Then we all agree that Kirobo is still the cutest space robot around.

For Editors’ Picks this week, Victoria shares a very specific lifehack that will make you feel like jaeger pilot from Pacific Rim, but also is really into a song about Sailor Moon.

My pick is a song that our weekend editor Sam Maggs discovered recently — “Throw Stones” by Mary Bichner. In addition to being a gorgeous song by a classical composer with an incredibly compelling voice, it’s also very loosely based on a character from Sailor Moon. One that never made it to the States, either, so you know she’s a real fan. She’s apparently putting together a whole SM-themed EP so I’m excited for that, but in the meantime I’m just going to listen to this over and over again and cry.

The video is great too. Veeeery subtle with its references. This pleases me.

Glen finally got caught up the IFC show Maron which had its first season recently added to Netflix. What’s so great about it?

Anyone familiar with comedian Marc Maron’s podcast WTF probably knows more about Maron than about most members of their own family. He tends to open up a lot in the pre-interview segments of the show. With his IFC show, fans have a chance to put a face to the voice they listen to so often as fictional Marc lives through some of the stories real Marc has already shared with the world.

Fans of Maron, or of comedy in general will probably enjoy the show. It features appearances by a lot of other comedians like Dave Foley, Anthony Jeselnik, and Aubrey Plaza.

It’s similar to FX’s Louie but only insomuch as they’re both semi-autobiographical shows about comedians. Louis C.K. and Marc Maron’s shows are as different as the comics themselves. They’re both great. Maybe we’ll eventually get a crossover episode.

Dan also picked something you can watch on Netflix, though it’s a little stranger especially considering Christmas is over. He thinks you should check out The Life and Adventures of Santa Claus, because it’s a dark, bizarre take on the classic story.

If you’re not quite done with Christmas, check out The Life and Adventures of Santa Claus on Netflix streaming. It’s a really odd and surprisingly dark stop motion animated back story for Santa Claus.

He’s found as a baby by a fairy, spends his life battling demons and inventing Christmas, and he’s finally granted immortality by a council of other immortals. It’s basically like weird Christmas fan fiction, and it’s based on a 1902 children’s book by L. Frank Baum if you need more weird Christmas stuff in your life.

For her first Editors’ Pick as part of team Geekosystem, Carolyn thinks you should check out Orange is the New Black, but not the Netflix show — she likes the book its based on:

Unlike everyone else with a Netflix account, I haven’t made a weekend of binge watching Orange Is The New Black yet, in spite of rave reviews and Laura Prepon’s rumored half-nudity. I did, however, read Piper Kerman’s memoir of the same name, and though I can’t speak to how closely the series follows the book, I know that if they are anything alike I will have to spend a weekend in front of the TV posthaste. OITNB (the book!) chronicles Piper’s fifteen months of incarceration, and although I was most interested in its depiction of the subcultures and temporary families that exist behind bars, the book is also a powerful argument for reform to the justice system and the war on drugs. It’s an infuriating, engrossing and funny reminder of how we are all one misstep away from orange jumpsuits, degrading bureaucracy, and possibly Laura Prepon’s boobs. 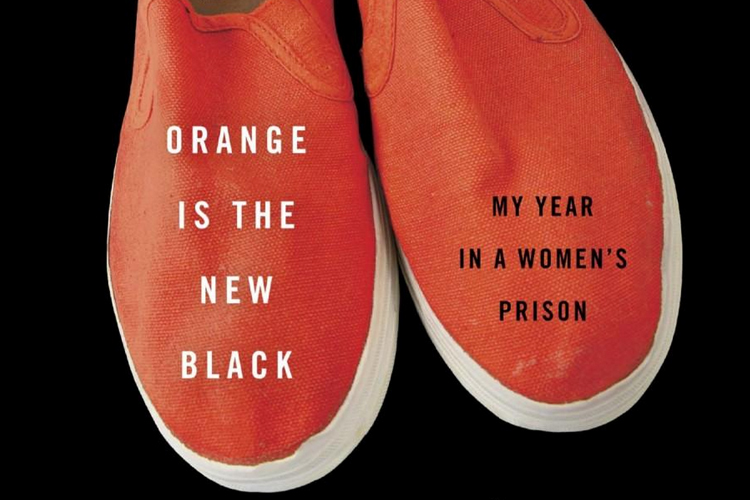 You can pick up Orange is the New Black on Amazon or probably most places that have books for sale.