Felicia Day Was Doxxed By Gamergate | The Mary Sue

Felicia Day Wrote One Blog Post On Gamergate, Was Doxxed Within An Hour

By my pretty floral bonnet, I will end you. 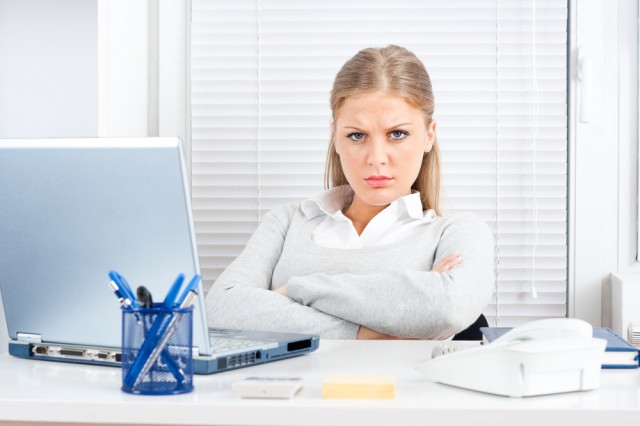 I wish I could say I was surprised.

Yesterday Felicia Day published an essay entitled “The Only Thing I Have To Say About Gamergate” on her blog, in which the Supernatural star and geek extraordinaire lamented the recent loss of solidarity within the gaming community and admitted that her silence so far on the subject was due to “self-protection and fear.” So, how did a movement that claims its focus is journalistic ethics (and not, you know, waging an online war against women) respond to Day’s concerns over harassment? Validating its shitty reputation by doxxing her, of course–all within an hour of the essay’s publication.

#StopGamerGate2014 because even Felicia Day cannot speak out about Gamergate without being doxxed. pic.twitter.com/qxq6usIp2w 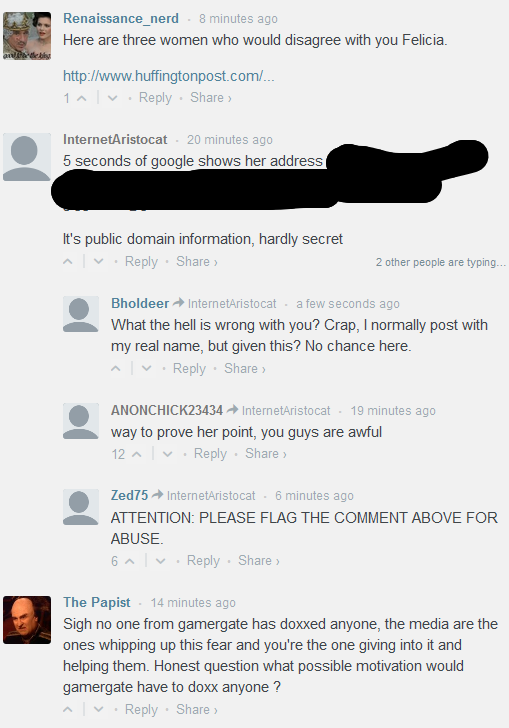 Here, have a gif that conveys the new levels of absurdity Gamergate’s “this isn’t about gender!” protestations just attained:

Your Mentions When You Say The Secret Word #GamerGate http://t.co/TLLG0WjpWd

Actually, I think Pee-Wee might give the “but journalistic ethics!” argument more credence than it deserves (especially in light of this new development), but all the googly-eyes in the world couldn’t possibly match the myopia of most Gleemergloobers.

Of course, this comes days after Chris Kluwe’s highly inflammatory message to GlabberGlangers, in which he calls them (among other things) “paint-huffing shitgoblings.” Kluwe, being a man, was naturally not doxxed.

And for the record, none of you fucking #Gamergate tools tried to dox me, even after I tore you a new one. I’m not even a tough target.

If you need more context for the amount of contradiction evidenced everyday by Gamergaters, just read this passage from Day’s essay. When a statement this empathetic and moderate is punished by a massive violation of its author’s privacy, it becomes painfully obvious that Gamergate isn’t about ethics. (If you want to prove that your movement isn’t misogynistic, singling out women to violate might not be the best tactic.)

I have not said many public things about Gamer Gate. I have tried to leave it alone, aside from a few @ replies on Twitter that journalists have decided to use in their articles, siding me against the hashtag. Why have I remained mostly silent?
Self-protection and fear.

[…] I have been terrified of inviting a deluge of abusive and condescending tweets into my timeline. I did one simple @ reply to one of the main victims several weeks back, and got a flood of things I simply couldn’t stand to read directed at me. I had to log offline for a few days until it went away. I have tried to retweet a few of the articles I’ve seen dissecting the issue in support, but personally I am terrified to be doxxed for even typing the words “Gamer Gate”. I have had stalkers and restraining orders issued in the past, I have had people show up on my doorstep when my personal information was HARD to get. To have my location revealed to the world would give a entry point for a few mentally ill people who have fixated on me, and allow them to show up and make good on the kind of threats I’ve received that make me paranoid to walk around a convention alone. I haven’t been able to stomach the risk of being afraid to get out of my car in my own driveway because I’ve expressed an opinion that someone on the internet didn’t agree with.

[…] So I write this to urge any person, male or female, who now has the impulse to do what I did, to walk away from something they loved before, to NOT.

Don’t let other people drive you away from gaming.

Games are beautiful, they are creative, they are worlds to immerse yourself in. They are art. And they are worth fighting for, even if the atmosphere is ugly right now. A small minority are putting up barbed wire walls between us who love games. And that is sad. Because odds are 99% certain that those guys on the street who I avoided would have been awesome to talk to. I realize that letting the actions of a few hateful people influence my behavior is the absolutely worst thing I could do in life. And not an example I want to set, ever.

So to myself and to everyone else who operates out of love not vengeance: Don’t abandon games. Don’t cross the street. Gaming needs you. To create, to play, to connect.

I highly encourage reading the rest of the essay–like game developer Brianna Wu, who responded to being doxxed and threatened last week by vowing that her harassers will never scare her into quitting–Day’s promise to continue “to play, to connect” is inspiring. Especially when the punishment for “not crossing the street” is becoming all too predictable.

(Images via Shutterstock and Imgur)