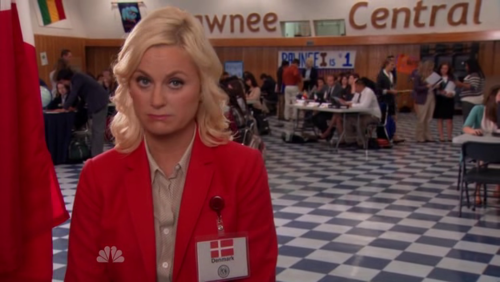 This Election Day, 28-year-old professional model and volunteer firefighter MacKenzie Kelly is running as the Republican candidate against five other opponents for city council in Austin’s fairly suburban, white, and wealthy district 6. Her platform issues include lifting the ban on plastic bags, lowering the property tax, improving Austin’s growing traffic congestion, and ethics in game journalism. No, seriously. That was not a meme joke. Kelly is actually a member of Gamergate.

While it doesn’t show up on her official campaign website anywhere, Kelly has become one of Gamergate’s prominent public supporters on Twitter, where her 29,000 followers dwarf those of the three leading candidates combined.

Note to game developers: this is how women can look in your video games. It’s up to you. #GamerGate #NotYourShield pic.twitter.com/fVjvaBl7KA

. @femfrep please tear down your own gate and look at the other side. It’s about ethics in gaming journalism. #GamerGate

(That’s a fake Feminist Frequency parody twitter that she’s responding to, by the way.)

Kelly reportedly got involved with the hashtag after a follower noted her interest in gaming and asked for an official stance on Gamergate—and despite the overwhelming evidence that the hashtag is more often used to harass women on Twitter than anything else, she believes firmly in the party line that it’s a movement based on ethics (although it’s worth noting that she’s been harassed as well, because humanity is the worst no matter what hashtag they’re organizing under). She told the Daily Dot:

“[Gamergate has] been diluted quite a bit from what its core base value was,” Kelly says. “I still believe that, at the core of it, there’s a group of people who firmly believe that it’s about ethics in journalism.”

“I don’t like the harassment. I don’t like the death threats,” she adds. “We should be having respectful arguments. … But it’s the Internet; there are always going to be trolls.”

It’s honestly fairly unlikely that Kelly will be elected, of course, despite her incredible social media following; she entered the ring late in August, skipped a required League of Women Voters forum, and only managed to raise $300 for her campaign (for comparison, frontrunner Jay Wiley has raised $37,000). Even if she is elected, it’s a safe bet that it’ll be due to her other Austin-specific positions and not due to any public statements she’s made about Gamergate.

Besides, it’s also also near impossible that her role as city council will actually do anything to advance the cause of Gamergate anyway—now that it’s been meme-ified, identified as a hate group by media presences like the New York Times and MSNBC, and lampooned by Stephen Colbert, it’s a relatively safe bet that the hashtag is finally losing steam (especially since GGers are apparently abandoning Twitter). Unfortunately the harassment that many women and marginalized people in the game industry—and beyond, because games don’t exist in a vaccumm—is still a problem that hasn’t gone away yet.