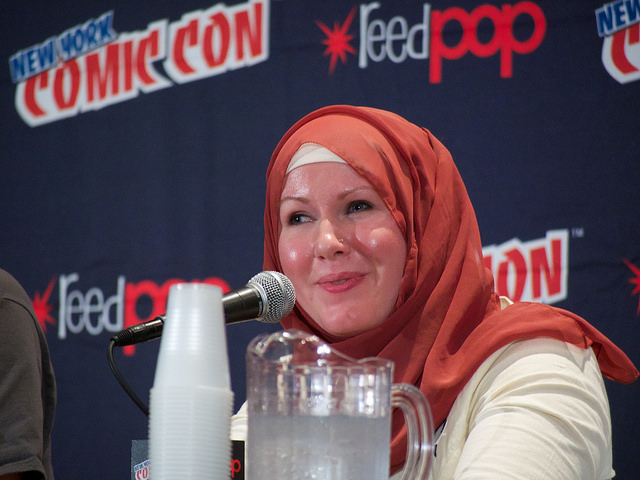 A couple of days ago, we reported on the fact that Marvel CEO Ike Perlmutter made a huge donation at a Donald Trump-hosted fundraiser for veterans. Shortly thereafter, Ms. Marvel writer, G. Willow Wilson raised some questions after having lots of conversations about the story with fellow Marvel creators.

Over at her Tumblr, she talks about whether or not it should matter how company heads spend their money, starting with:

Under normal circumstances, a CEO making a generous donation to aid American veterans would be laudable–and probably not newsworthy in and of itself. But given the concerns raised over the questionable way in which The Donald has solicited donations, and the fact that several major veterans groups have rejected his money, a lot of people have been left wondering: was this really a donation to benefit veterans? Or was it a donation to benefit Donald Trump? And if it was the latter, what does that mean for fans of Marvel comics? Did the money come out of Perlmutter’s private fortune, or did some portion of what you spent on your Marvel pull list support a political candidate who wants to deport millions of immigrants, build a wall along the Mexican border and require religious minorities to carry ID badges?

She admits that there are no easy answers to questions like this, saying:

People understand that in today’s world, we vote as much with our dollars as we do with our ballots. We don’t want the things we buy and enjoy to support bigotry and injustice. The real possibility of a Trump presidency is terrifying to those who would prefer not to live in a dystopian autocracy, and for obvious reasons, the idea that the CEO of Marvel supports Trump makes a lot of readers seriously concerned. Yet–frustratingly–boycotting books you love will not take a single dime out of Perlmutter’s pocket, much less out of Trump’s. It will, however, kill the books.

Basically, as you will likely do anyway, Wilson suggests we all follow our consciences. She intends to continue working on Ms. Marvel, because “I have never, in my entire career, seen a character and a story light people up the way this has, and I need to see it through a little longer. (Unless of course I get fired for talking about this shit, in which case, it was nice meeting you all.)”

However, if you are concerned with whether or not donations to Trump’s veteran fundraiser will actually be going to veterans, Wilson suggests donating to the Iraq and Afghanistan Veterans of America, a veterans organization for whom a friend of hers works closely, and one that refuses money from political candidates, because they refuse to be used as “a political football.” You can check them out at their website.