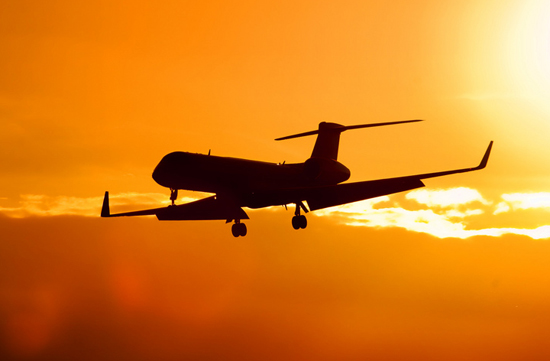 Frozen waste from the various aircraft flying overhead at any given moment is often referred to as “blue ice.” Contrary to popular belief, it is exceedingly rare for any of this waste to actually escape as planes require it to be manually released from the outside. This means that a pilot can’t decide to suddenly deposit the plane’s waste wherever they feel like, as the tank isn’t accessible by them, but leaks aren’t impossible, just uncommon. The Federal Aviation Administration, or FAA, is now investigating claims that two Long Island homes had their roofs punctured by falling waste this past Sunday.

According to CBS New York, the FAA admitted that something along these lines happens a couple times a year. Leaks in airplane toilets can cause the waste to then freeze and break off in chunks. This seems to be in stark contrast to this FAA fact sheet from 2005 indicating that any blue ice “would melt long before it hit the ground, dissipating into miniscule droplets that are nearly invisible.”

One of the homeowners, Ann Grace, now has a sizable puncture in her roof. “It’s a very huge hole,” she said. “It did a lot of damage through heavy wood. I can’t imagine if it hit a person[.]” When her roofer checked out the damage, he found a brown, wet stain on the inside. Whatever it was that hit the roof, it managed to punch through an inch and a half worth of shingles — which are not flimsy things.

While the FAA hasn’t confirmed that this is what happened, they’ll certainly be investigating the possibility. Even if they decide it actually was blue ice, connecting that to a specific airplane is even more difficult. The agency’s current plan is to ask the airlines that were overheard during the time when the roofs were hit to check their planes for leaks. For now, though, the actual cause is still a real crapshoot.