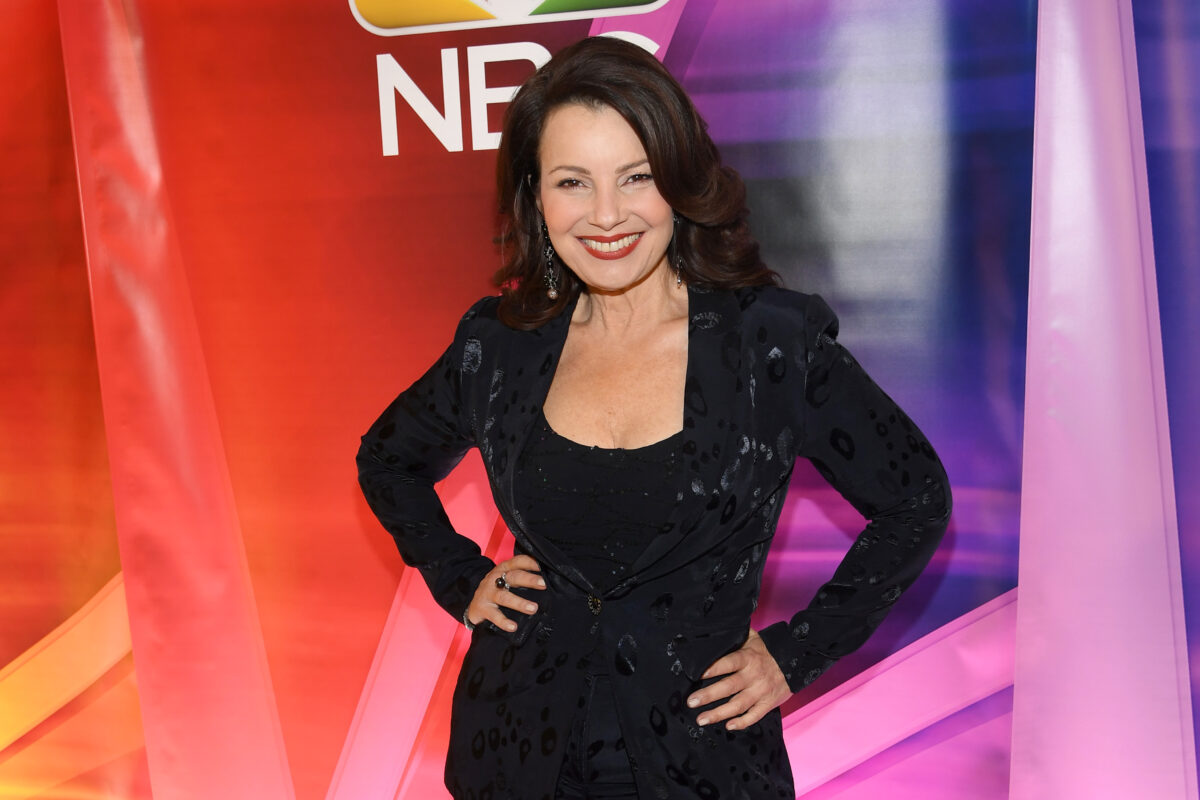 I’m not sure if it’s “normal” to be this excited about a cable Christmas movie, but it’s 2020 and nothing is normal anymore. That said, Lifetime’s upcoming queer holiday romcon, The Christmas Setup, just got even more exciting. The movie will give a heart-warming holiday romance when Hugo comes home for Christmas to be set up by his mom with his teen crush, Patrick.

Not only will this be one of, if not the first made for television holiday movie with a queer storyline, but they’ve also cast out gay actors Ben Lewis and Blake Lee (as Hugo and Patrick respectively), who are married in real life. And as the meddling mother? FRAN DRESCHER. Yes, that’s right, fellow queers. Fran Fine herself is playing a busybody mom in a gay romcom for the holidays, and I could not be happier.

I also love the casting for our couple. It’s still too rare to see queer characters played by queer people, and on the flip side, seeing out actors play queer characters, so this, like the existence of the film itself, is a great step. And they’re married! They’re also wonderful actors. I adored Ben Lewis on Arrow, as the future version of Oliver Queen’s son, William. William was also a gay character and his coming out scene with Oliver was one of the highlights for me of Arrow’s final season. Lee you might recognize as April’s bisexual boyfriend on Parks and Recreation who had a boyfriend named … Ben (not played by Lewis, sadly).

As you may recall it’s been a bit of a rollercoaster year for queer representation holiday movies on TV from Netflix, Lifetime, and more than anyone else, Hallmark. Made-for-TV movies Christmas movies are a holiday tradition across America. Like a Yule log or fruit cake or drinking eggnog until you pass out. But they’ve always been one of those things that felt like it was for the straights.

Last year, when wedding planning company Zola aired a commercial on Hallmark that featured a lesbian wedding and kiss, it triggered an uproar. First people protested and the commercial was ditched by Hallmark, then Hallmark made an about-face. This year, after a major change in leadership, they announced Hallmark announced they would be adding LGBTQ stories and characters into their crop of Christmas flick, but Lifetime beat them to the punch here with the announcement of The Christmas Setup. This means a lot to queer viewers.

Lifetime is also adding more diversity and inclusion to their programing in otherways. This year they will also air A Sugar and Spice Holiday, which will focus on a Chinese family and protagonist. The casting for this one is great too and includes Jacky Lai, who played Aline on Shadowhunters and (my favorite) Tsi Ma, who played Mulan’s father in the new Mulan and was a true highlight of the film.

In addition to The Christmas Setup, and possible gay Hallmark movies, we’ll also get gay Christmas content in theaters (if they’re open) with Clea Duvall’s Happiest Season starring Kristen Stewart as a lesbian attempting to propose to her girlfriend at the holidays.

Are you as excited as we are for The Christmas Setup?