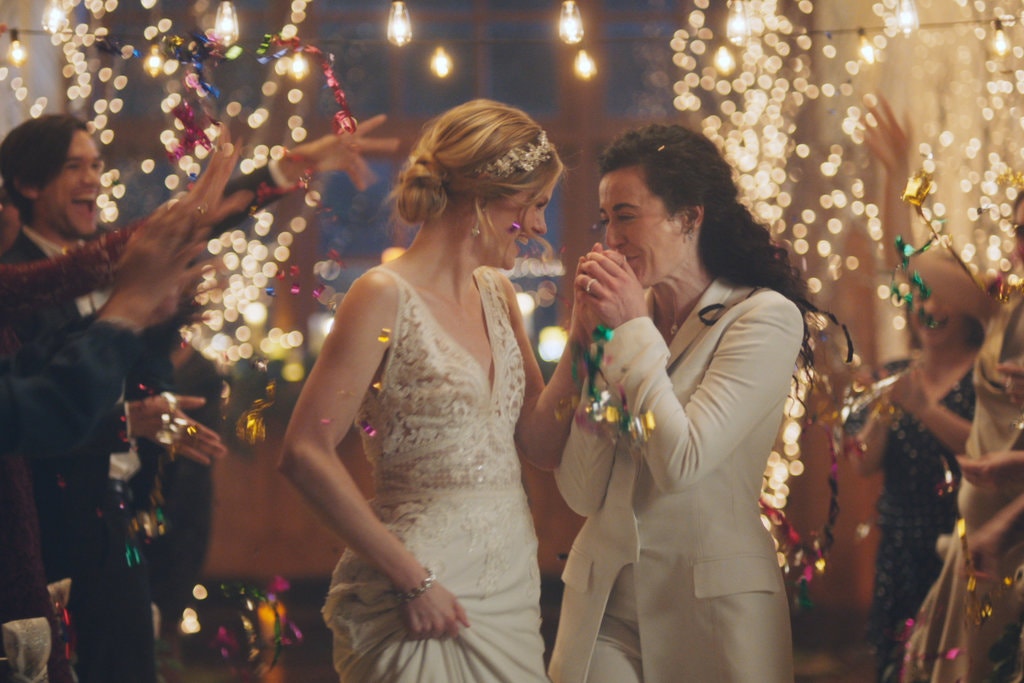 It’s Christmas in July! The Hallmark Channel and its partner networks, whose endless lineup of Christmas movies are a cable and holiday staple, have announced that they will finally be adding LGBTQ stories to their holiday lineup. This is a big turn around for the channel, which only last December pulled an ad for the wedding planning company Zola for featuring a wedding between two women, then quickly reversed course following a backlash.

This is a welcome change for Hallmark, who is trying to steer into a more inclusive future it seems rather than keeping with the past and placating their more conservative fanbase. This includes hiring a Black woman, Wonya Lucas, to be the new CEO of Crown Media Family Networks. Lucas replaces Bill Abbot, who was CEO during the controversy over the Zola ads and who was let go in January.

The announcement that Hallmark will include LGBTQ stories comes after they announced their lineup of Christmas fare for 2020 and were bombarded with criticism for what seemed to be a lineup that didn’t feature the diversity of representation that people have been demanding of the channel. But in a quick reversal, producers assured fans that they are in “active negotiations” about bringing LGBTQ content into their holiday movies and that more details are on the way.

George Zaralidis, vice president of network publicity for Crown Media Family, emailed to follow up and clarify what the Hallmark brand (which encompasses several channels at this point) would be doing to support diversity and inclusion. Zaralidis explained that Crown Media is “committed to creating a Hallmark experience where everyone feels welcome.” Zaralidis also explained more fully, saying: “We look forward to making some exciting programming announcements in the coming months, including announcements about projects featuring LGBTQ storylines, characters, and actors.”

This is good, and a big turn around for Hallmark, though we should expect their holiday slate to fill out more in the coming weeks. Generally, these movies have either already been filmed or are filming at this point in the year, but given the coronavirus shut down of productions across the country, including in Canada where many Hallmark movies are filmed, there’s still a lot of work to be done on this content. Hallmark has promised around forty new Christmas movies … but when they’ll actually begin making them seems up in the air.

But I’m glad that when these movies do go into production and are released that they will feature LGBTQ people and stories. Hallmark Christmas movies are comfort food. They’re cozy, simple and, like a romance novel, you know they will have a happy ending. For queer folks, that matters a lot. All too often queer stories are fraught and tragic, and so the promise of fluffy, domestic, holiday romances that tell our stories is not just enticing, it’s sorely needed.

I hope that Hallmark intends to make LGBTQ movies with queer characters at the center of the narratives, not just as decorations that will be as authentic as the fake snow lining the streets in these flicks. As more details emerge, we’ll keep an eye out and hope for a great gift and not a lump of coal.