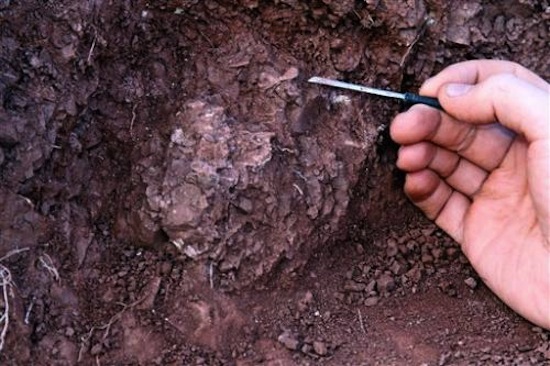 While the sonogram that our own Glen Tickle keeps on his desk proves that he is an adorable and loving father, it’s not awesome because it’s a sonogram of his daughter, not a dinosaur. We’ve heard this kid is pretty great, and have no reason to believe otherwise, but she’s no dinosaur. Paleontologists with the University of Toronto have discovered a way more awesome embryo to look at on a dig site in China — dozens of dinosaur fossils in various stages of embryonic development. At 125 million years old, the fossils are the oldest dinosaur embryos ever found and have the potential to teach researchers a great deal about how baby dinosaurs developed. This is, of course, a very important key to us making real-life Jurassic Park at some point in the future, and thus something we need to know all about as soon as possible.

The new window of insight into the development of baby Lufengosaurus dinosaurs — a variety of sauropod once common in the region —  but that may not end up being the biggest find at the site. In a turn that surprised study authors, some of the fossils still contained what appears to be organic material — the researchers believe they are collagen fibers — that had not fully mineralized with the rest of the fossils. These not-quite-fully fossilized femurs represent the oldest known organic tissue ever recovered from a dinosaur.

And all of this is with just about one square meter of the bone bed where the fossils were found has been excavated so far, which means there may still be more discoveries in the offing. Meanwhile…time to start cloning and breeding Lufengosaurus? We say yes. Yes yes yes yes yes.