Maybe don't compare anything that isn't genocide to the Holocaust. 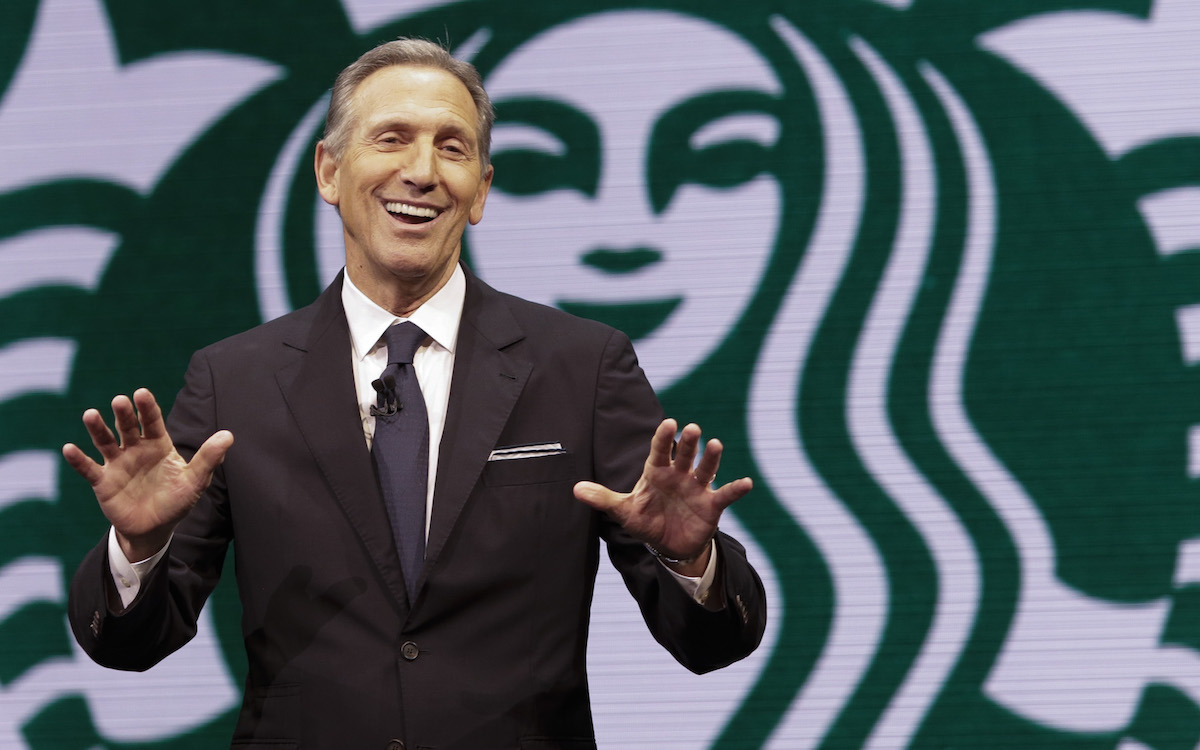 Former Starbucks CEO and failed presidential candidate Howard Schultz met with employees in Buffalo, NY who were attempting to unionize. In an attempt to union bust and tout the benefits available to Starbucks employees, Schultz told a story about the Holocaust. Because when you’re talking about a living wage and decent health coverage, your mind immediately goes to … genocide?

Schultz, who is Jewish, shared a story told to him by a rabbi in Israel. The story was essentially this: prisoners in concentration camps in Poland were freezing during the winter, but only had one blanket for every six people. Rather than hoarding these blankets, the prisoners shared them in an attempt to keep everyone warm. Schultz waxed on, “And the rabbi says to me, take a blanket and go share it with 5 other people. And so much of that story is threaded into what we have tried to do at Starbucks, is share our blanket.”

Excuse me while I blink Jewishly (and poorly) into the abyss. So according to Schultz, the massive profit that the Starbucks corporation makes (currently valued at a net worth of $110 billion dollars) is akin to some ratty old blankets from Nazis?!?

The comparison is absolutely unhinged, and displays Schultz’s complete disconnection and lack of understanding of the financial hardships of the average worker. It’s hardly a surprise though: Schultz himself is worth an estimated $5 billion dollars, so he doesn’t have to worry about paying rent or the cost of health insurance or the fact that most Americans are one crisis away from poverty.

For that matter, who is Starbucks in this metaphor? Are they the Nazis? The blanket? The train car ushering Jews to their deaths? The message is crystal clear though. The workers, like the Jews, should be grateful for any scrap of comfort to share as they work themselves to death.

Many were shocked and offended by Schultz’s comparison, and sounded off on social media:

Look I know we’re supposed to Never Forget but I just think that maybe some people need to forget just a little https://t.co/5Fi4d7sTIX

Pretty deranged stuff if you ask me! https://t.co/r2tRwwBE08

I feel like it wasn’t the best strategy for Howard Schultz to persuade Starbucks workers not to unionize by telling them they are like inmates in Auschwitz https://t.co/xsmPliQcwV

Howard Schultz surmises that Starbucks labor polices are the moral equivalent of Jews in Nazi concentration camps sharing their meager provisions with each other.

Because nothing evokes imperishable human solidarity like a corporation trying to destroy a union organizing drive. https://t.co/n6Z6rBrukF

IDK why Howard Schultz is telling a story where he’s the Nazi in the analogy 🤷🏻 https://t.co/mYJwyCEjMW

Schultz’s asinine comments were part of corporate’s attempts to union bust, a lengthy and expensive process that involves flying in managers and workers from out of state, hiring anti-union labor lawyers to promote the company’s meager benefit offerings, and waging a social media campaign to silence and exclude union leaders. You have to wonder how much money Starbucks is spending on these anti-union efforts as opposed to, you know, paying a living wage and providing benefits.

Schultz’s cold take is also the latest attempt at applying the Holocaust to non-Holocaust related situations. Despite what conservative politicians and blowhard pundits would have you believe, there is nothing that compares to the Holocaust. Not mask mandates, not social media bans, not vaccination requirements. In fact, the only things comparable to the Holocaust, which saw the systematic murder of 6 million Jews and countless members of marginalized groups, are other mass genocides and ethnic cleansings.

In the meantime, Howard Schultz has trains to load and (not enough) blankets to pass out.