Firefly Abdomens Could Lead to Brighter LEDs | The Mary Sue

Firefly Abdomens Could Be the Key to Brighter LEDs 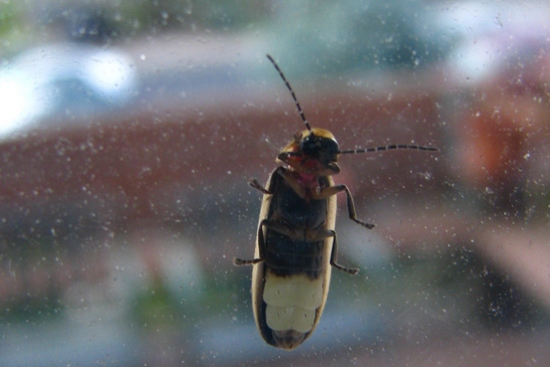 We may have only come across this because of a Google Alert for news on Firefly, but it’s still pretty interesting. Researchers have studied the abdomens of fireflies and what they’ve found could lead to brighter LEDs. The jagged and scaly layer of the luminescent section of a firefly’s exoskeleton helps light better penetrate and shine through, so mimicking that structure in a coating on the outside of current LEDs can increase their light output. Ideally, this news means we’re all one step closer to light-up bellies.

The research was done by an international team of collaborators from Belgium, France, and Canada that studied a type of firefly found in Panama. After microscopic examinations and study of the firefly’s abdomen, the team reproduced its structure in computer models and bench tests, discovering that the jagged structure allowed more light to pass through.

The light produced by an LED does not all get emitted outward. A lot of it is reflected back into the LED itself because of the way light travels through the material of the diode. When the team applied a coating meant to imitate the scaly belly of the firefly, they saw an increase of up to 55% in the output of the LED.

Similar research being done by a team in Korea has said that the jagged structure acts as an anti-reflective layer, and that team produced LEDs with special lenses that saw a small three percent increase in light output. Those LEDs have to specially manufactured while the coating the international team has developed can simply be applied to LEDs currently being produced.

It’s not clear when a commercial version of LEDs with this coating could be made available, but considering it can simply be applied to LEDs that are already being manufactured, that should mean a pretty quick turnaround.