Pandas Produce Powerful Antibiotc in Their Bloodstream | The Mary Sue 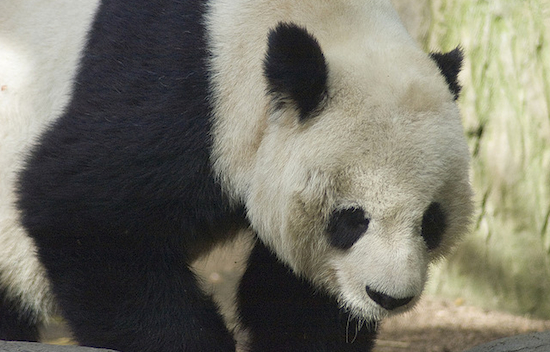 Never in a million years would we have guessed that panda bears, the very same creatures that tumble down slides and make us lose all sense of personal dignity over their irresistible cuteness, could hold the very key to mankind’s survival within their own bodies — or at least a handy new antibiotic. It may sound like the trite plot of the next Kung Fu Panda flick — we can only pray that doesn’t actually happen — but, we assure you friends, this is legitimate science. Dr. Xiuwen Yan of China’s Life Sciences College of Nanjing Agricultural University discovered that pandas naturally produce a potent antibiotic in their bloodstream that can wipe out various forms of bacteria and fungi. Scientists are eager to analyze and fully understand this panda antibiotic, hoping that it will be instrumental in the fight against resilient new breed of superbugs that are hard to fight with current drugs.

The antibiotic in question is called cathelicidin-AM, produced by the panda’s immune cells that travel throughout its bloodstream. When tested, the antimicrobial compound was recorded as eliminating bacteria with an hour of being administered. Other antibiotics, non-panda in origin, used in the experiment were noted as taking up to six hours or more.

The discovery of cathelicidin-AM comes even as China’s panda population continues to dwindle, the situation growing worse with each passing day. Despite diligent efforts made to propagate the species, the deforestation of the panda’s bamboo forest habitats and its poor breeding habits have left it on the precipice of extinction. Fortunately, diminishing panda populations will not impact Dr. Yan’s discovery since scientists can artificially synthesize the panda-produced antibiotic through gene decoding, creating a small molecule known as a peptide.

Dr. Yan and his associates look to turn the antibiotic into either a drug for humans or a powerful antiseptic that can be used as a cleaner for surfaces and utensils, but those uses are probably still a while off. The new research may just convince some conservation groups that pandas are indeed worth saving, as recent frustrations over tedious breeding programs and such has led some to see pandas as a species that simply isn’t worth saving. That’s great news, because if there’s one future that we want, it’s one where every man, woman, and child has a clean bill of health, and we’re able to enjoy watching videos of baby pandas on rocking horses for generations to come.

(The Telegraph via redOrbit.com image via PeroMHC)