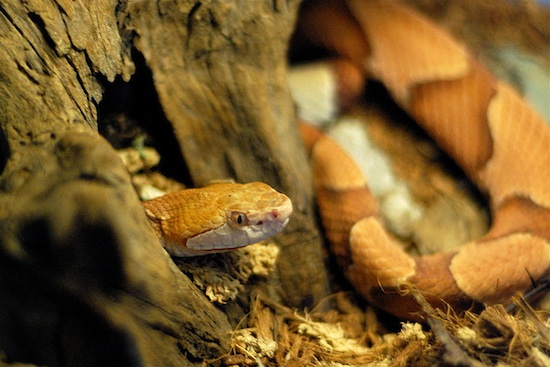 Some snakes don’t need a man to be a good mom — they may not even need a man to make a baby, period. A study of copperhead and cottonmouth snakes suggests that males of the species may be less necessary than previously thought. Published this week in the journal Biological Letters, the study marks the first time virgin births have been seen in animals in the wild that normally breed sexually. Virgin births, in which the female supplies all of the genetic material for a child, have been seen in snakes in captivity before, so it’s not surprising that it happens in the wild. What is surprising is the rate at which they occurred — 1 in 22 births for copperheads, and 1 in 37 for cottonmouths. Those rates suggest that parthenogenesis — the technical term for giving birth without having sex — may be much more common in nature than predicted.

While a surprising number of animals, from birds and snakes to sharks and lizards, have proven capable of parthenogenesis in captivity, the process was considered an “evolutionary novelty” by researchers. Data from this study, though, shocked researchers, suggesting that up to 5% of pit viper births could take place without a male ever getting involved.

While there are a couple of species of lizard that are all female, reproducing entirely by parthenogenesis, this is the first time its been seen in the wild among a species that usually produces through good old-fashioned sex. Scaly, cold-blooded sex, sure, but sex nonetheless! Understanding what’s behind parthenogenesis could offer researchers a new workaround for preserving critically endangered species by helping them to clone themselves.