English-speaking Final Fantasy IX completionists now have one more thing to check off. 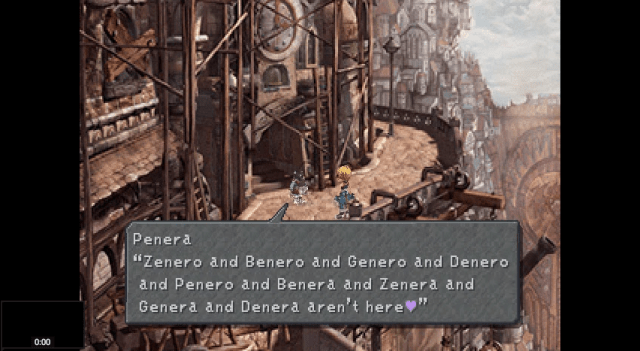 Usually when players find previously unseen content in old games, it’s through some weird glitch or hidden item — it’s not generally an entire side quest that gets discovered. Game completionists all over the world have got to be kicking themselves now, though, because somebody found a side quest in Final Fantasy IX that the entire Internet seemed to have forgotten all about up to now. And you thought you’d seen it all! Because you hadn’t.

Widely regarded as one of the best games in the franchise, Final Fantasy IX was released in 2000 for the PlayStation, and it’s currently available via the PlayStation Network. It’s also one of the last Final Fantasy titles to come out before Square Enix started expanding with prequels, sequels, and companion titles. Despite that, it still has an eager and dedicated fanbase.

GameFAQS User The_Kusabi found the quest in an old copy of the Final Fantasy IX Ultimania guide from 2004 and multiple other users confirmed the discovery, including one (GarlandtheGreat) who put up a video of the quest on their YouTube channel. Prior to this, there doesn’t appear to be a record of the quest outside of Ultimania — no one in the aforementioned fanbase seems to have seen it before.

The quest can be triggered at the very beginning of Disc 4 by heading to the Tantalus hideout after each cutscene you see or boss you fight. By doing this you unlock some dialogue between members of the Nero family wondering where other members of the family are, beginning with Zenero and Benero and ending with Penera. You meet seven family members in all, meaning that you have to begin the side quest with enough cutscenes or bosses left in the game to finish it to completion. After all that effort running back and forth between cutscenes, go inside the Nero hideout to get… a Protect Ring.

Yeah, it’s a lot of work for one item, we know. Think of it as exploring previously undiscovered country! You’re like a conquistador, except you don’t have to go outside or cause any terrible genocides against native populations. So, you know, a lot more awesome in perspective.

(via Polygon, image via Mama Robitnik at the NeoGAF forums)