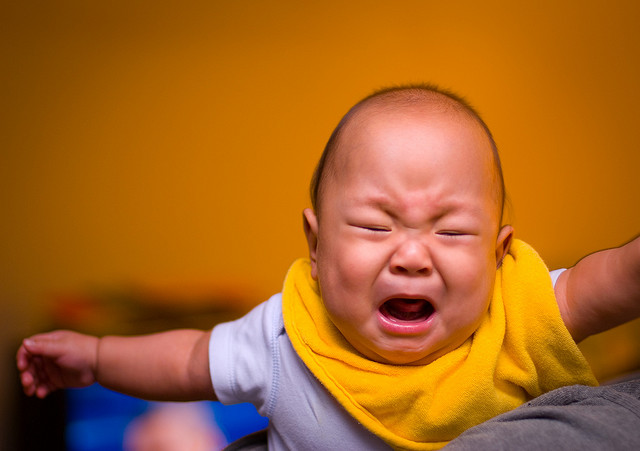 We recently had the pleasure of telling you about artist Kiva Bay’s awesome Feminist Deck project – a series of adorable cards depicting and celebrating living female feminists she admires. We are also honored to have one of our own – yours truly – depicted in the deck. This project has a Kickstarter, and it needs your help.

Obviously, it needs your help in the basic, crowd-fundy way. If you want to see these cards made, help her raise the funds to make them! However, there’s more to it than that now. Because apparently, daring to create art depicting feminists (who are often targets of online harassment) is enough to get you harassed yourself, and that’s what happened to Kiva Bay, and in – quite honestly – the least clever way possible.

Apparently, some users at 8Chan didn’t like that there was yet another project which dared to paint feminists in a good light over at Kickstarter. They debated ways to take it down, and then one person in particular thought it’d be hilarious to “donate” $10,000 only to pull it later and cause the project to fail. Here’s “Anonymous'” very brave brag about it:

Way to bravely challenge ideas you disagree with by not using your actual name! *claps*

Well, being that Kiva Bay is an intelligent human being, she caught on to what had happened immediately. Here’s what she said exclusively to The Mary Sue:

This morning I was shocked and suspicious to find that I had received a $10k donation. By ‘donation’ I mean no backer reward had been selected. I was shocked. I was also immediately doubtful and suspicious. Further investigation on my dashboard revealed they’d been directed to the KS from 8Chan, a well-known hate site. From there it was a simple matter of googling, and I found the thread with the planned false flags, and the fake pledge bragging about what they had done. I was not surprised to receive this harassment- when you draw women who are being harassed, it follows that their harassers may target you. I am surprised that they thought that a fake donation, putting the project on the Kickstarter frontpage, would be the best course of action. The thread itself was full of vile, hateful comments that at first upset me, but then bolstered me. How miserable they must be. It breaks my heart for them. I have, in the past, struggled in that darkness, that self-loathing that makes one lash out at others. I am filled with sympathy and compassion for them, but also with determination. They’ve shown me that this project is the right thing to do and I am more determined than ever to see it to its completion.

Indeed, Feminist Deck is currently on Kickstarter’s homepage! What’s more, before we could even reach out to them for a comment, their Integrity Team had already flagged the “donation” and cancelled it. And they’d already decided to put the campaign on their front page as an example of the kinds of projects they want to encourage on their platform. We did have a chance to speak with Justin Kazmark from Kickstarter’s communications team, and here’s what he told us:

It appears that our Integrity Team had already been onto them and cancelled it. So, we have a trust and safety team that we now call our Integrity Team, and there’s a number of people on that team who have tools at their disposal to keep the system trusted and safe and to look out for any abuse of the platform. We’re on the lookout for that kind of thing. We obviously can’t stop someone from making that pledge, but if we believe that it wasn’t sincere, then we can cancel it, and we can stop the person from using the platform again.

Also, at any given moment there are 7500 projects live on the site, so there’s a lot to look at and it’s hard to see them all. But when we see good projects that are the best examples of creative work, we Staff Pick them to surface them to the top and showcase them to the rest of the community, because we feel that Best In Class projects will help aspiring creators to emulate good examples of projects, and that’s good for everybody. So, we Staff Picked it – and that was independent of the fact that they were trolled – but hopefully that will give it some more ‘oomph’ and boost it while it’s live to our community so it can get sincere pledges, and that’ll be a good thing.

Kiva Bay had nothing but good things to say about how Kickstarter handled things, adding:

They really quickly got in touch with me, too. I was really impressed with how quickly they handled the fake donation, and how helpful they were. Nothing but positive things to say about Kickstarter in all this.

So, this is a story of the Good Guys (and Gals) Winning. This is a story that could’ve gone wrong, but was foiled before it even had a chance to become “A Thing.” Because thankfully, we’re living at a time when, even as people take to the internet with hatred in their hearts, there are just as many people taking to the internet with love. There are just as many people who want to see talent flourish and see people treated kindly. And that’s a great thing.

If you’d like to ensure projects like Kiva Bay’s have the chance to thrive, and want to protect it – and projects like it – from the likes of “The Trolls”…. you know what to do.

UPDATED 5/11/2015 5:07PM: Kiva Bay has not only met, but exceeded her Kickstarter goal! However, it hasn’t been without issues. Check out Kiva’s latest Kickstarter update:

Well, we got written up in the Ralph Retort, so I know we must be doing something right.

But immediately I was filled with anger. I hate that feeling. It makes me so uncomfortable and unhappy. I struggled with the feeling, and how to best show them that I wasn’t going to let them bully me.

The solution came to me immediately as I thought about how these people want us all to struggle in obscurity. It isn’t something THEY want, so it must be something NOBODY can have.

Well, everyone is getting it anyway. And now 100% of the profits are going back to the models.

I want to expand the project to include more women artists and creators, and pay them as well.

No matter what you do, Gamergate, it won’t matter. If you’re angry about this project supporting people you don’t like then this project will support them even more. I will pass along to them that if they want, they can make a donation to a worthy charity themselves, but here we go:

All you have done is given me a fire. I could have devoted that fire to anger, but instead I will use it to add to the project, support more people, and spread more love, more kindness, and more goodness in the world.

Thank you to the people in this project for inspiring me.

And thank you to Gamergate for reminding me why it’s so important to support them.

The campaign continues for the next 23 days. If you’d like to support not just her project, but her moxie, you can back it HERE.