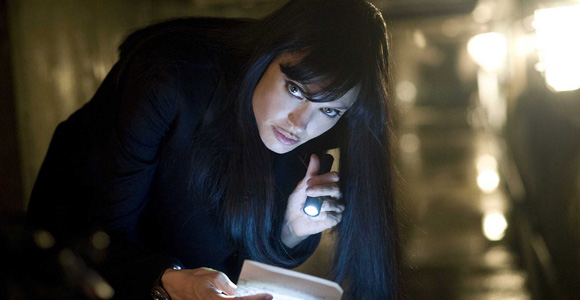 Twilight screenwriter Melissa Rosenberg has been hired to help write a spy film featuring a group of women for Summit Entertainment. This is the first we’re hearing about it.

Rosenberg is in high demand these days. Although it’s not been officially announced by Marvel yet, word is she’s set to work on their Jessica Jones series for Netflix. But it’s her Twilight studio calling her home to help work on a project they’ve apparently had going for a while.

The project has gone through previous incarnations with a screenplay originally penned by Douglas S. Cook and David Weisberg (The Rock, Double Jeopardy) under the working title Blank Slate with a re-write by Erich and John Hoeber (Red) under the title The Kiss Off.

The story, now untitled, is now taking a turn away from what was going to be a comedy and gearing more the pic towards a female-centric actioner in the line with Salt, also produced by the team of di Bonaventura and Vahradian. It will focus on a group of female spies.

Well the premise sounds vaguely intriguing. Here’s hoping it develops into something interesting and successful.

Deadline also added, “Rosenberg and her production company, Tall Girl Prods. (headed by Mandy Safavi), are also developing a spy project for the small screen.” Though no more details were given on that project either.