Female Engineer Thinks Geek Still a Dirty Word, Is It? | The Mary Sue

Naturally, we have some feelings about this. 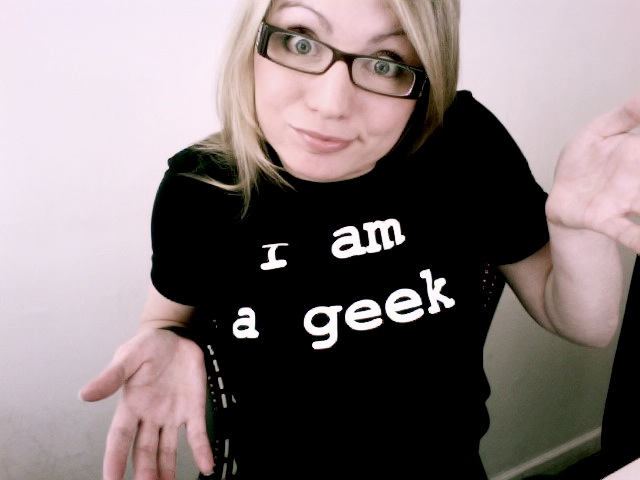 Here at The Mary Sue, we think it’s incredibly important to get young girls interested in STEM (science, technology, engineering, and math) fields to fix their diversity problems, and it’s great when women in those fields speak up and share their experience on the subject. Still, an opinion shared on The Washington Post by engineer Tricia Berry has us a little perplexed at why people still think geek—a word we use proudly—is a negative term.

Maybe that’s because the past few years have spawned about 80 bajillion think-pieces about how geekdom/nerddom is now mainstream culture. All those jokes I heard growing up about, “Be nice to the nerd; he’ll be your boss some day,” seem to have come true to the point where some geeks feel the need to police their ranks for “fake geeks”—notoriously “fake geek girls,” which we’ve written about extensively.

But Berry, director of the Women in Engineering Program at The University of Texas at Austin, doesn’t see it that way. She argues that geek terminology being used so liberally is making young girls want to steer clear of STEM fields because it’s still perceived as a bad thing. Berry writes:

If we really want to include and engage girls in these fields, the geek language has to go. In schools and in society, “geek” still carries a negative connotation that many girls and women do not associate with. Using a socially awkward loner as a symbol for STEM isn’t an effective method for attracting girls to these fields. In fact, it’s counterproductive.

But that “socially awkward” stereotype isn’t necessarily true anymore. I’m sure schoolchildren still throw “geek” around as an insult, but it’s a term that’s been largely “taken back” for empowerment, and arguing that it’s deterring girls specifically from getting interested in STEM reads a little too much like talking down to “geeks” and insinuating there are less girl geeks than guy geeks.

Berry says that to even out the disproportionate number of women in fields like engineering, where only 20% of students are women, campaigns have to reach all girls and not just the ones who identify as geeks. But if only those children who are “geeky” feel comfortable getting involved, I’d still expect to see just as many girls get involved, because girls are geeks, too.

She goes on to say:

[W]e risk isolating many by suggesting that these careers are only for people who embrace their inner geek. We should be showing young women that they can love science and math while also being fun and social people with broad interests.

Women currently in these fields — the role models who are a critical part of getting girls excited about STEM — aren’t social outcasts, nerds and geeks. They show girls that STEM professionals have hobbies, families and lives outside of their challenging and enriching jobs. Through STEM role models, girls see that pocket protectors, lab coats, goggles and crazy hair are not requirements to succeed in these fields.

I don’t know about you, but “fun and social people with broad interests” and  people with “hobbies, families and lives outside of their challenging and enriching jobs” describe pretty much every single geek I know. To be fair, some of her reasoning seems to be that the type of “geek” stereotype most commonly used is a one of a male geek which makes girls think only guys can be geeks, but that issue gets mired in too much general distaste for geekdom. If there’s a problem here, it’s that the perception of geekdom hasn’t caught up to reality among some people, not the term or idea itself as Berry makes it sound.

She argues that the use of the “geek” stereotype to get kids involved in STEM is “misguided,”  but I think what’s really misguided is demonizing the entire “geek” concept when the real goal should be to make sure kids of any gender feel comfortable being a “geek,” because it’s not a concept that’s going away.

But what do you all think about this? Is geek still a harmful term? We imagine our readers have some pretty strong opinions about this issue, so please share them in the comments.

Previously in geek is good