The Fake Geek Girls of this New Webseries Tackle the Haters, Remain Cute

As the Doubleclicks say, "There are no fake geeks, only real jerks." 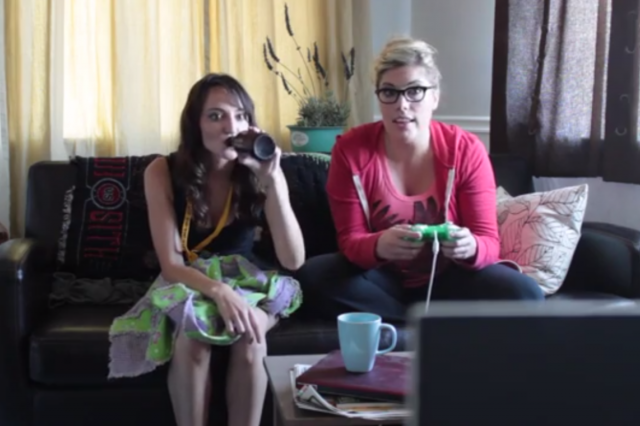 You’ve heard of the mysterious “Fake Geek Girl”: she’s cute, she likes comics, and she can’t exist. Our friends at The Mary Sue wrote a great post about this phenomenon last year; more recently, The Doubleclicks made this awesome music video. Now, two writer/producers out of LA are giving us their own take, with a hilarious new webseries.

Fake Geek Girls: The Show follows BFFs Jessa (an up-and-coming game designer) and Kat (a booth babe), as they make their way through the male-dominated world of gaming. From the brains of creator/writer Sara Clarke and actress/producer Julie-Joy Voss, the first episode is a funny – and fairly poignant, actually – look at what it takes for girls to make it in geekdom.

Clarke and Voss want to make more episodes of Fake Geek Girls for the enjoyment of your faces; their Kickstarter is halfway funded, and has five more days to go. If you feel the plight of any lady out there who’s ever been called a Fake Geek Girl, check ’em out!