Something Stinks About This Fecal Incontinence Press Release 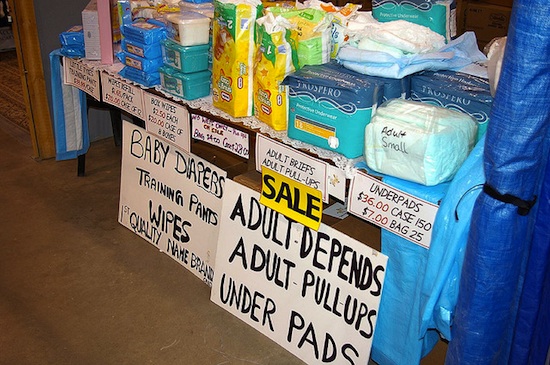 Here’s a quick quiz of your media savvy: If you saw a press release titled “Fecal Incontinence Is Highly Underreported,” what would be your first thought? Yes, after giggling for a little while. If you’re like me, your first thought would be to look at the evidence presented that this embarrassing condition is actually affecting many more than the 18 million Americans estimated by the National Institutes of Health. In that search, you, like me, would be rather disappointed by the complete lack of data backing up that statement. Which is made even more frustrating by the fact that this misleading press release is actually about the really interesting nerve therapy.

You wouldn’t find any evidence to back that headline in the first paragraph. Or the second paragraph. Or any of the paragraphs, really. If you kept looking down to the fifth paragraph, though, you would find that the folks behind the press release at Loyola University Health Systems are also performing a new treatment for the condition. Which is, of course, what the press release is actually about.

But wait, before we talk about this new treatment, let’s backtrack for a moment to what got us here. How underreported is fecal incontinence? If people are pooping their pants at a greater rate than once thought, who are they? What are the hard numbers that led researchers at Loyola to believe that many more people suffer from this affliction, for which they just happen to offer a new therapy? Where, in other words, is the data?

There’s actually a simple answer to that question, if an unsatisfying one — there isn’t any. The press release is based on anecdotal evidence from what doctors treating fecal incontinence patients have seen in practice. There’s no study, no report, nothing on paper to confirm the headline of the release. Which, for someone trying to write about the subject, is intensely frustrating.

Dr. Dana Hayden, a colorectal surgeon and assistant professor at Loyola, says the claim of underreporting isn’t related to any specific numbers, or to doctors at any specific hospitals. Instead, it reflects the general feeling in the community of colorectal doctors at large. There are reason the data isn’t better, she says.  Fecal incontinence rates are very hard to study. Definitions of the ailment can change from doctor to doctor, and reporting rates are poor. Most doctors don’t ask about the condition, and most patients are loathe to bring it up, even when it becomes a problem. It would be great, she adds, to see a good report of the phenomenon and get a handle on how big of a problem this really is, as even NIH numbers are best estimates for how many people suffer from fecal incontinence. However, despite what the press release might lead one to believe, this is not that study.

For all we know, many more people are suffering from this affliction than are copping to it. This would certainly make sense, considering the social stigma attached to it and the not insignificant shelf space devoted to adult diapers in grocery stores across our fair nation. If all you have to back that up, though, is anecdotal evidence, the statement has no place in your press release. None. At all. Ever. It’s an interesting notion, and a great area for further research, perhaps the seed of a follow-up study to confirm or deny these suspicions, but it’s a lousy, misleading thing with which to headline a press release.

The real bummer here? There’s no reason to think that new therapy for this problem provided at Loyola doesn’t work, and the technique is pretty cool in its own right. The treatment, which involves using a pacemaker-like device to stimulate the nerves that control bowel function, is based on one that’s been shown to be effective in controlling urinary incontinence. Surgery to implant the device near the small of the back is minimally invasive, which is good for the often elderly patients who suffer from fecal incontinence. It also puts the nerves at play under constant stimulation, which can bring about a dramatic — if still ill-understood — reduction in incontinence for patients. It’s gotten the high sign from the FDA for doing no harm and having promise for treating the condition. A press release like this, though, makes the whole thing feel sketchy, which is a real shame if there’s the chance for it to do some good.

Now, not having any data to back up your headline is a pretty glaring omission, and probably the reason that most folks have had the good sense to stay away from covering this one. That was our instinct as well, but here’s the thing — there are more bad science press releases going around than you’d think. This is a particularly good example, and we felt it was worth sharing with you. Let us know if you found it interesting and agree, or if we should just look the other way in the future.

(via Science Daily, but props to Medical Xpress for at least writing their own more pertinent headline)