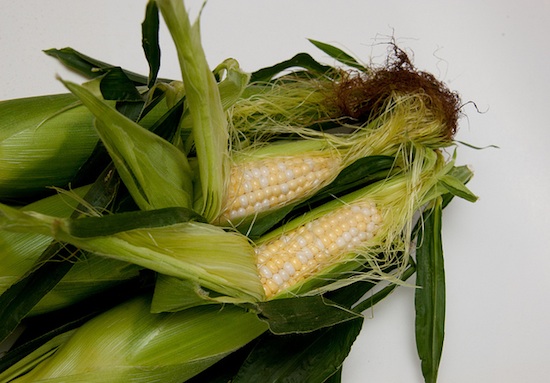 Proving the principle that putting the words “Causes Cancer” in a headline behind literally any other string of words will guarantee you some news coverage, a French study showing a link between cancer in rats and genetically modified corn has been getting a lot of play over the last couple of days, with a truly heartening proportion of the coverage calling shenanigans on the study. Today, author Gilles-Eric Seralini is defending the study, even as he refuses to turn over his data to ESFA, the European Union’s food safety watchdog for a counter study.

Now, counter studies are, to be fair, pretty rare. Turning over your data for review, though, is pretty standard issue for any researcher — modern science is built on peer review. So when your research is being used by politicians to angle for an entire nation to ban the importation and sale of a product based on one study — an animal study, no less — man, you better be prepared to back that up to the food safety agency. That’s doubly true if you’ve been making the rounds of the media slamming that same food safety agency for lax study.

You should also be aware that when people ask to scrutinize your work and check your facts, saying things like “It’s out of the question that those who authorised NK603carry out a counter-study of our findings as there’d be a conflict of interest,” is a pretty weak excuse for trying to keep those things to yourself. Especially on the heels of your research and methodology being roundly panned by a number of experts in the media, playing the “there’s a conspiracy against my brilliant work” card is pretty old.

Now, don’t take this to mean that we’re saying there aren’t any possibilities of problems with genetically modified food. There’s plenty unnerving about it, and whatever you think about his attitude, Seralini’s point that we need more reliable, longterm studies of the effects of GMO food are valid, as the alternative is using the general populace as a lab for finding any ill effects genetic tinkering may cause. That’s not only unconscionable — it’s also bad science.

Calling for more reliable studies while ducking calls to make your own research more transparent and your data available to critics, however, is talking out of both sides of your mouth, at best. Seralini isn’t helping his cause by taking this stance, nor is he improving anyone else’s health.