“Specially Designed For Your Star Gentle Uterus”: The Mary Sue’s Favorite Comments of the Week

Usagi's not going to be happy about this. 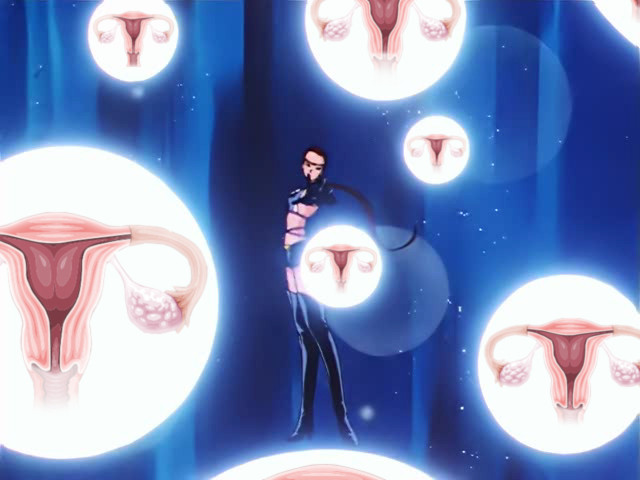 We’re all pretty swamped with New York Comic Con this weekend (and if you’re going to be at the con, swing by the Geek Girl Headquarters and say hello!), but that doesn’t mean we can’t take time out of our busy schedules to revel in the wit of our readers. You’re all so great.

First off, we briefly forgot to turn off the comments in this week’s Avatar: The Last Airbender recap again. But we’re pretty glad we did, actually:

We feel you there, Melissa. Oh boy do we feel you.

On the subject of Aubrey Plaza’s desire to play She-Hulk, Caleb Lock had this to say on Facebook: “As long as she tells Mark Ruffalo ‘Shut up Jerry no one cares.'”

“Since the casting for Paddington hasn’t been completely announced yet, is it possible that Martin Donovan is playing Paddington in a pivotal role in Ant-Man?

I think that’s probably what’s happening.” -Thanks for the Ant-Paddington nightmares, neuroradical! 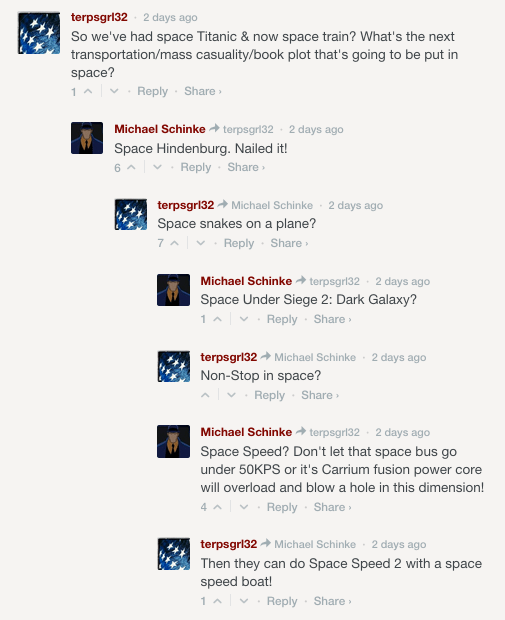 I’m partial to the idea of a “space dirigible” myself, but terpsgrl32 and Michael Schinke Doctor Who space transportation brainstorming session yielded some other perfectly wonderful fruits.

Brad Potacello has an idea to run by Joss Whedon in the light of recent Comcast-related shenanigans: “If they remade the TV series Angel today, Angel would probably end up fighting against/running a cable company instead of a law firm. That’s where the evil is at.”

“My petition to replace Marvel’s Kevin Feige with Paul Feig stands.” -Jon E. Christianson, noting that the latter is just a little bit better at including women in popular film franchises. *coughBLACKWIDOWMOVIEcough*

Finally, Charlie B gets all the credit for the most perfect Sailor Moon sanitary pad-related joke: “specially designed for your Star Gentle Uterus.” Lovely. For those of you who don’t get the joke, here’s something to enlighten and confuse you, and you’re welcome.