At least he has plenty of time to watch his overpriced TV now? 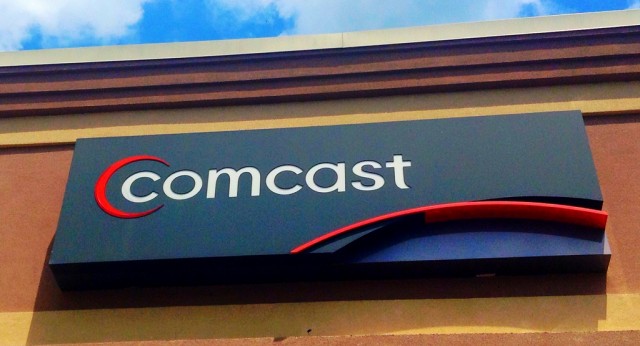 Consumerist says that a former Comcast customer, Conal O’Rourke, signed up again when Comcast came crawling back to him with a special promotional pricing offer. Surprise! By “special promotional pricing,” they meant, “We’ll give you a discount and then just bill you for a bunch of stuff you never got like extra equipment to the tune of $1,800.” I have to admit, that certainly is some kind of special pricing structure.

But for 2014, that’s pretty much standard cable company territory. It was when O’Rourke complained to Comcast that things went above and beyond, making Kramer’s cable company complaints on Seinfeld look positively quaint in comparison.

After he was unable to convince Comcast’s customer service that there had been any problem with his account at all, O’Rourke went over their heads and contacted the company Controller’s office. He mentioned that he worked at a rather large accounting firm (PricewaterhouseCoopers) and that he thought Comcast should probably be investigated by the private Public Company Accounting Oversight Board. So, of course, Comcast contacted his employer as cable companies routinely do after customers complain. Just normal operating procedure here, and definitely not worth noting that the Controller, Lawrence J. Salva, was a partner at PwC for 12 years. Nope. Nothing odd here. Move along.

According to a statement from PwC, O’Rourke was terminated for ethics violations related to trying to use his company’s name to get what he wanted (or, you know, just some actual fair treatment) out of Comcast. PwC told Ars Technica that they:

terminated [O’Rourke’s] employment after an internal investigation concluded that Mr. O’Rourke violated PwC’s ethical standards and practices, applicable to all of our people. The firm has explicit policies regarding employee conduct, we train our people in those policies, and we enforce them. Mr. O’Rourke’s violation of these policies was the sole reason for his termination.

O’Rourke’s employer told him when he was fired that an email from Comcast, a very valuable client of PwC, had accused him of trying to leverage the name of his employer to get special treatment, but O’Rourke never saw the email and insists that he never mentioned his employer by name.

So for, no one has provided any evidence of exactly what O’Rourke supposedly said. It’s possible that there are no recordings since the conversation in question took place with someone from the Controller’s office and not a normal service rep, but any level of detail would help. And even if he had mentioned his employer specifically, asking for fair treatment isn’t the same as trying to get special treatment, so it’s hard to see why he should have been fired. If Comcast has any information that proves O’Rourke is in the wrong here, now would be the time to come out with it.

In response to a letter from O’Rourke’s lawyer, Comcast said only that O’Rourke doesn’t have ground to stand on in complaining that his employer learned of his dispute with Comcast. I’ll give you a minute to let it sink in that Comcast thinks it’s totally fine to resolve a customer complaint by calling the customer’s boss.

Comcast told Consumerist, “Our customers deserve the best experience every time they interact with us. We will review his lawyer’s letter and respond as quickly as possible.” They also said they’ve apologized to O’Rourke, but that’s probably not going to go a long way to fix the situation, so we at least hope it went something like this:

(via UPROXX, image via Mike Mozart)