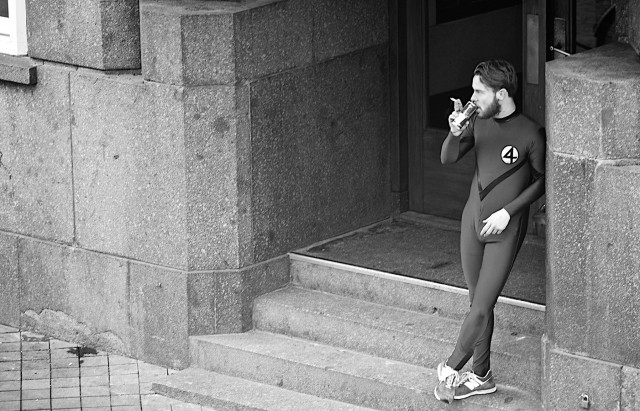 There’s no doubt that Josh Trank was brought on board the new Fantastic Four because his debut film project was a pretty successful take on young people coming to terms with superpowers. For better or worse, that sounds like exactly the direction the new movie is going in. Just how much will Chronicle‘s signature found footage style bleed over into the new movie, though? From these comments, it sounds like more than we expected.

The Hollywood Reporter spoke to Emma Watts, who is president of production at Fox—you know, one of the studios that owns the rights to a Marvel property and will reboot it as many times as they have to to keep them. Here’s what happened when Watts was asked point blank about whether or not this movie will be like Chronicle 2: Electric Boogaloo:

[Hollywood Reporter] Will the Fantastic Four reboot have any of the same found-footage feel that Chronicle did?

[Watts] It’s Josh, so it can’t not have that feel. That’s his talent, that’s what he does, and that’s what excites him about it. It is a really interesting young cast [Michael B. Jordan, Miles Teller, Kate Mara and Jamie Bell], and he is the magnet that’s brought them all together.

To be fair, the Internet is packed full of, “Person straps a GoPro to a thing, watch what happens next!” videos right now, so I can’t blame them for thinking that style might work. I guess we’ll just have to wait for the trailer to see how far Trank is going to take it. Let’s just hope that Disney and Lucasfilm had different reasons for bringing him onto the Star Wars spinoff he’s directing.

GoPro strapped to Stormtrooper falls into the Sarlacc pit. You won’t believe the amazing footage!

(via UPROXX, image via Patrick Pielarski)