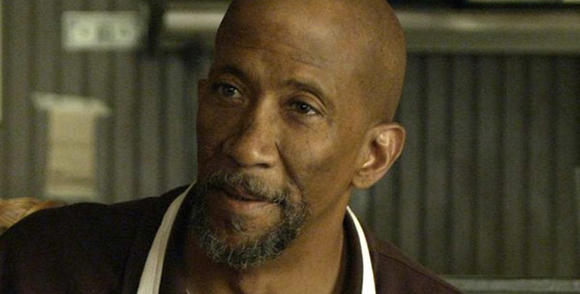 Fox has tapped actor Reg E. Cathey to play one Dr. Storm, father of Sue and Johnny, in the Josh Trank-directed The Fantastic Four reboot. Cathey has TV credits out the wazoo—he’s been in Oz, The Wire (man, The Wire actors are popping up everywhere recently), Grimm, Law & Order: Special Victims Unit, and most recently House of Cards. And he’s worked with both of his new superhero children before; Sue Storm/Kate Mara was in House of Cards, and Johnny Storm/Michael B. Jordan got his start on The Wire. By all accounts he’s a great actor, though I’ve never seen anything he’s been in. But upon hearing the casting news our resident The Wire fan Susana commented on his “melodious voice,” and that’s definitely a positive. So I’m in.

In the reboot Dr. Storm will be a scientist, which fits with the Ultimates version of the source material, in which the the Fantastic Four are all young and hot (boy howdy) and Papa Storm is their mentor.

The elephant in the room with this casting is that Reg E. Cathey is a black actor playing the father of a multiracial siblings, which people are bound to freak out over despite the fact that Sue Storm can turn mother-freaking-invisible, is the concept of a multi-racial family realllllly that hard to grasp?!

And don’t even start with me on the whole “But it’s critical to their characters that Sue and Johnny are siblings! And if they’re step-siblings/half-siblings/one of them is adopted [ETA: Or if they’re siblings with the same two parents, just with different races, gassssp] then they’re just not siblings enough.” Yes. People actually say that. Stretch your imagination to include a multi-racial family that’s every bit as close as a monoracial family. You don’t even have to have Mr. Fantastic stretching powers to do it, because it is literally something that happens all the damn time. I know you can do it. I believe in you.