According To This Mathematical Model, Facebook Will Lose 80% Of Its Followers In The Next Few Years

Nowhere does the paper mention what effect that moms joining Facebook has on the population. 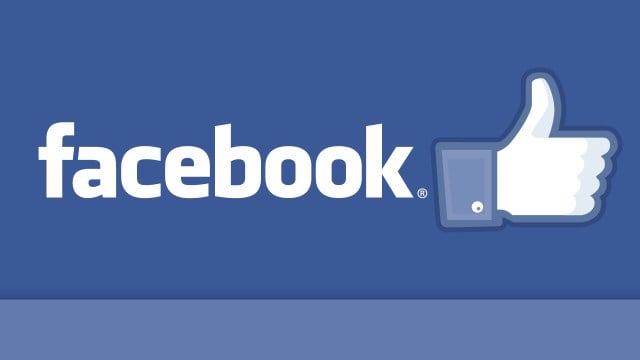 Facebook’s reckoning is any day now, we expect. Oh, sure, they claim to have reached over 1.1 billion people since May of last year, but we’re all getting tired of it, right? Two engineers from Princeton University think the site has peaked and will probably see a rapid decrease in users, and they’ve got the math to back up their claim.

John Cannarella and Joshua A. Spechler, who submitted their paper entitled “Epidemiological modeling of online social network dynamics” to arXiv Friday (and it should be noted immediately that arXiv is not peer reviewed), claim that Facebook will most likely lose 80% of its user base in the next couple of years. They came at this conclusion by analyzing the rise and fall of Myspace using data from Google Trends, calculating that rate of growth and decay using an epidemiological SIR model, and then applying that same model to Facebook.

Here’s how the Google Trends data on Myspace looked: 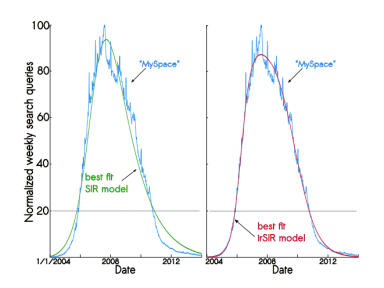 And here’s what Facebook’s data currently look like, complete with a prediction for its inevitable decline: 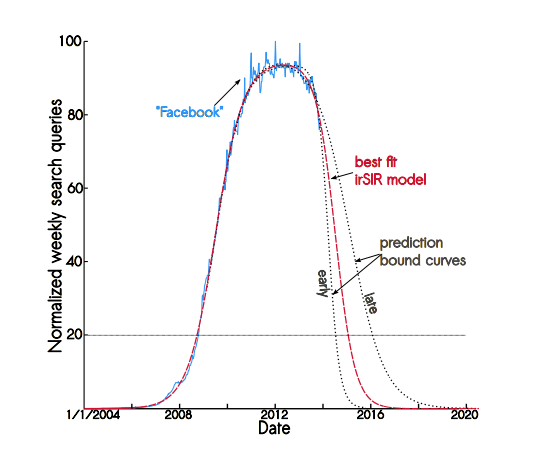 Like we said, though, arXiv is not actually a peer-reviewed journal, so it’s entirely possible that this model is flawed. Eric Markowitz of Vocativ also points out that the paper’s authors are “based in the school’s department of mechanical and aerospace engineering—which isn’t exactly well-known for its reports on social networks.” Yeah, maybe Princeton PHD students have better things to do with their time than worry about what people on Facebook are up to. That’s probably why they’re at Princeton and we’re all… not.

You can read the whole paper here if you’re so inclined and decide for yourself just how accurate it might be.

(via Cornell University and Technorati)