Facebook “Ask” Feature Lets You Pester People About Their Relationship

Don't even think about it, Mom! 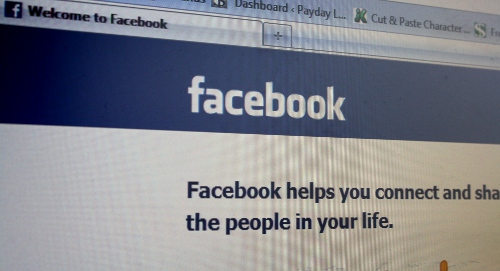 Some members already use Facebook as an excuse for discerning who is eligible for smooches, but courting your crush is about get streamlined. The social network is testing out a new feature that makes bugging people about their relationship as easy at tappin’ dat Ask.

Depending on your friends’ privacy settings and whether or not their relationship status is set, you might have noticed an “Ask” button popping up in “About” tabs. If you click on Ask for users who are reticent about their romantic life, a text box shows up that encourages you to let the person know why you’re inquiring about their situation. Gizmodo reports that the feature is just in testing for now, but this facilitated snoopiness seems like the obvious end result of a site that’s always lent itself to crush-creepin’, so I would be surprised if it didn’t become permanent and more widespread.

In fairness, you can also “Ask” about users’ hometowns, but that just seems designed to draw fire from the shamelessness of the new relationship feature, or possibly offer a more roundabout way of inciting a romantic spark. (I noticed you don’t want people to know you’re from Akron also what the hell is your romantic situation, you beautiful enigma, you?)

Though obviously the Ask feature encourages using the site for romantic inquiries (or parental badgering) more than ever before, it’s not like desperate users didn’t have a way of reaching out for clarification in pre-Ask days. For members who understandably want to keep their personal life private, getting harassed on Facebook could unfortunately happen with or without the new feature—I just hope the button won’t encourage a higher volume of the kind of entitled overtures seen on sites like OkCupid.

To play devil’s advocate, though, the new feature could encourage some users to reduce the voyeuristic bullshit, quit dawdling on walls and albums, and just make an honest inquiry. I wish when I was younger someone could have reminded me that if I wanted to use Facebook to get a Faceboo, I could contact them directly and respectfully and talk to them like a human being. But then what would I have done with all that free time?

(via Business Insider and Gizmodo, image via MoneyBlogNewz)