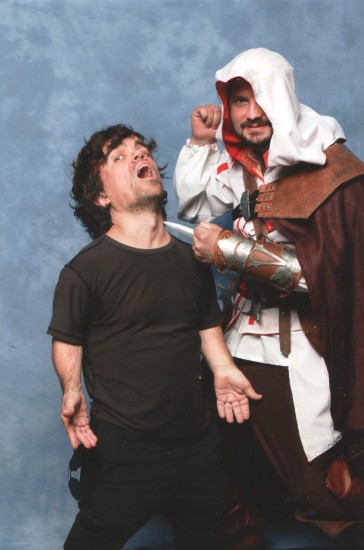 Peter Dinklage is a talented actor, and a fan favorite on Game of Thrones, so it’s nice to see that he’s friendly towards his fans as well.  This photo of Reddit user AndyValentine, dressed as Assassin’s Creed‘s Ezio for a recent convention, proves not only that Dinklage is up for some fun with his fans, but that if Cersei and Joffrey really wanted to kill Tyrion, they just needed to hire the right assassin.