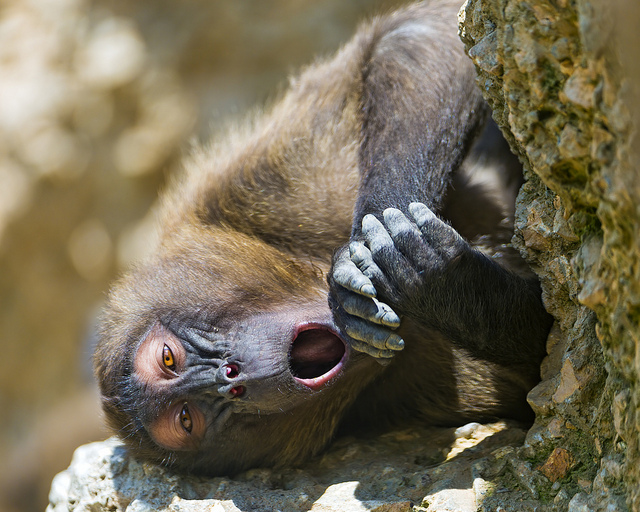 In his Slate article “Misogyny is Not Human Nature,” evolutionary anthropologist Eric Michael Johnson quotes a Reddit user’s excuse for the recent nude picture leaks: “[there is] something inherent about human nature that makes this kind of thing inevitable.” Although I don’t believe “that kind of thing” (i.e. a vicious desire to violate a woman’s privacy and trade her body as a commodity) is an unavoidable trait in our species, I’ll admit I’ve used similar rhetoric when talking about the Internet itself. “Oh, 4chan! Cesspoools will be cesspools!” But Johnson points out that online “misogyny and belligerent attacks merely represent an exaggeration of what already exists within mainstream culture,” so does Internet harassment indicate “that kind of thing” is actually unavoidable in society as a whole? Good news: many scientists say no.

In his Slate article (which you should absolutely read, partially because it’s interesting to hear about “The Fappening” from a man so thoroughly disgusted with members of his own gender and partially because I am no evolutionary biologist), Johnson points to research indicating not only that misogyny isn’t an inherent human trait, but that more female empowerment also leads to less aggression in a society–in his words, “patriarchy hurts men as well as women. “As an example, Johnson uses the research of Robert Sapolsky, a primatologist that documented the die-out of aggressive males in a baboon troop during the ’80s. When the dominant members succumbed to tuberculosis, the troop was left with twice as any females as males, after which “the brutal hierarchy that was common among male baboons disappeared, and the amount of affiliative behaviors—such as males and females grooming one another—increased markedly.”

The authors examined demographic data from the World Health Organization, United Nations, CIA World Factbook, and Encyclopedia of World Cultures and found a strong association between female empowerment and the level of early mortality among both women and men. In highly patriarchal societies, men control resources and female sexuality. The outcome of this is that there are increased levels of competition between males that result in higher rates of early death.

Again, I recommend reading the entire Slate article to see Johnson’s comparisons between Sapolsky’s baboons and the harmful hierarchial masculinity evident online post-Fappening. His baboon analogy isn’t just a way for the anthropologist to snark at Internet users who gleefully benefit from sex crimes; it’s evidence that hope for IRL and Internet safe spaces for women isn’t just optimism–it’s science.

(via io9, image via Tambako The Jaguar on Flickr)