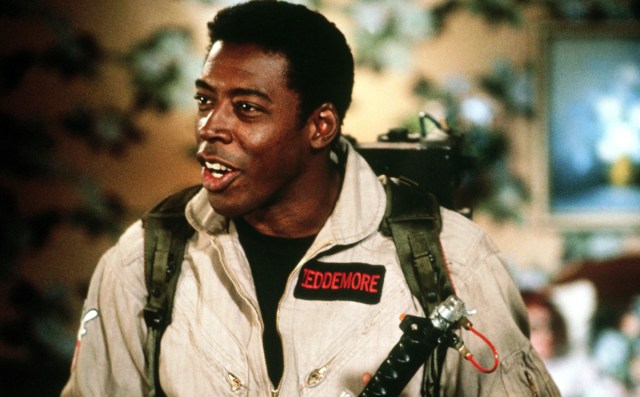 The actor gave this statement to The Hollywood Reporter in regards to the casting of four women as Ghostbusters: “Four fiercely funny, foxy, females busting ghosts… phenomenal!” Only, that’s the exact opposite of his opinion of women being Ghostbusters if you recall.

Back in October of last year, Hudson told The Telegraph, “If it has nothing to do with the other two movies, and it’s all female, then why are you calling it Ghostbusters? I love females. I hope that if they go that way at least they’ll be funny, and if they’re not funny at least hopefully it’ll be sexy. I love the idea of including women, I think that’s great. But all-female I think would be a bad idea. I don’t think the fans want to see that.”

Well at least he thinks they’re funny AND sexy.

I mean, look, we saw both negative and positive reactions yesterday but Hudson’s words were pretty clear on the topic. He thought an all-female cast was a bad idea. Because of reasons.

But before making his “phenomenal” opinion known today, Hudson tweeted this when the news broke: 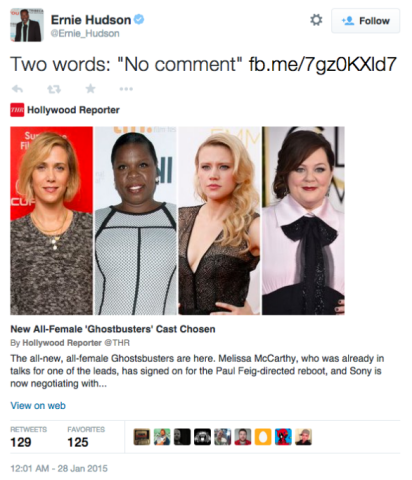 Which made it onto several news outlets before he deleted it from his feed. It’s still visible via Topsy, however. 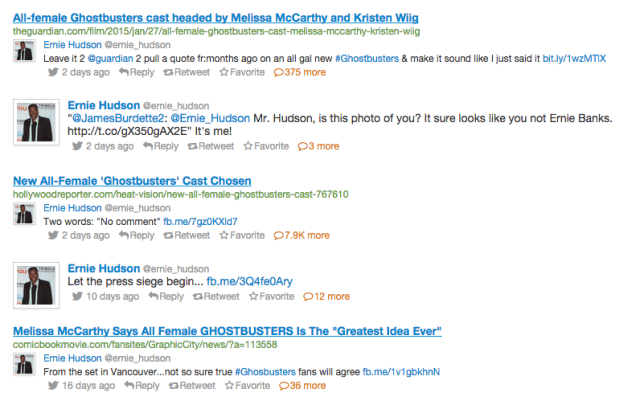 Now, it’s possible for a person to change their mind on something, and I might just believe that had he actually made reference to his past statements on the topic to THR and didn’t delete that tweet absolutely filled with comment. However he did tweet, “Leave it 2 @guardian 2 pull a quote fr:months ago on an all gal new #Ghostbusters & make it sound like I just said” but acted like he never had a negative opinion of it at all. And if you’re wondering if this is anything else but a grab for attention, Hudson posted on his Facebook “Let the press siege begin…” with a link to the casting news.

Dan Aykroyd is still delighted, in case you were wondering.