But what about Feig's plans to destroy all evidence of the original's existence? Or this Pandera Ring thing people keep mentioning?! 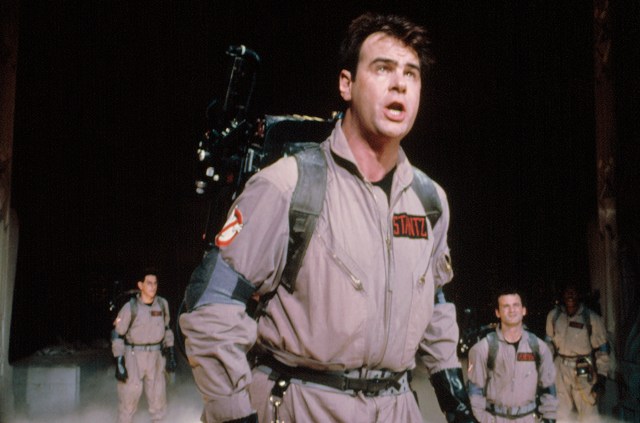 You know what I like about the upcoming Ghostbusters movie? (Aside from its great representation and stellar cast, that is.) I love that, while it’s exciting to hear that original Ghostbuster and co-writer of the 1984 film Dan Aykroyd is down with some lady-busters, at this point it also doesn’t really matter what he or any other dude thinks. Female Ghostbusters are happening, regardless of how much crybaby fans or Ernie Hudson whine about it. Booyah.

The Aykroyd family is delighted by this inheritance of the Ghostbusters torch by these most magnificent women in comedy.

My great grandfather, Dr. Sam Aykroyd, the original Ghostbuster, was a man who empowered women in his day, and this is a beautiful development in the legacy of our family business.

It feels pretty sweet to get a stamp of approval from the Aykroyd family itself–but even sweeter to know that their excitement is just the cherry on top of the Ghostbusters 3 cake.

The cake, btw, is made with male tears.