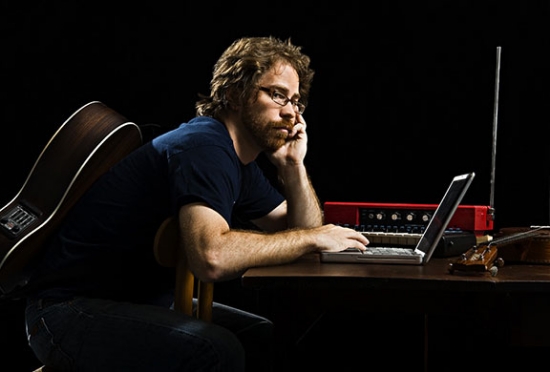 Here’s a quick recap for those who haven’t been following this story: Indie musician Jonathan Coulton recorded a cover of Sir Mix-a-Lot’s “Baby Got Back” back in 2005. This year, the television program Glee also did a cover of “Baby Got Back,” but they didn’t cover Sir Mix-a-Lot — they covered Coulton’s version of the song without crediting him. Then they aired it. Then they started selling it on iTunes, all the while refusing to acknowledge that it was Coulton’s version. Now, Coulton has put his version up for sale as well, but unlike Glee, he’s donating all the proceeds to charity after giving Sir Mix-a-Lot his cut.

Coulton has released “Baby Got Back (In the Style of Glee)” which is really just his original version of the song. It’s available right now on iTunes, GooglePlay, and AmazonMP3 for $0.99. After the services he’s using to release the song take their cut, and he pays the licensing fees for use of the song, Coulton is dividing the proceeds between The VH1 Save the Music Foundation and The It Gets Better Project. On his site, Coulton says the charities are “directly related to the Glee brand.”

Not only is Coulton donating the proceeds from his version, but he’s somewhat jokingly challenged Glee to do that same thing:

Maybe they’ll even want to match the gesture, and donate all their February proceeds for their version too! <-joke But seriously, I welcome their support in turning this ugly situation towards something positive. I have no personal beef with any of the people who make or enjoy the show.

It seems like Coulton, who was openly angry about the situation initially, just wants everyone to try to make the best of a bad situation. He’s called on iTunes to feature the song as well.

Some reader comments on earlier posts about this story suggest that Glee is only doing to Coulton what Coulton did to Sir Mix-a-Lot, but the key difference is that the license under which Coulton released his version gave full credit and paid royalties to the Right Honorable Sir Mix-a-Lot. Glee isn’t even admitting they used Coulton’s version, and they’re certainly not paying him anything.

While there’s still a debate about whether Glee did anything illegal, everyone can pretty much agree it was a dick move to not even acknowledge Coulton. One only has to listen to the three versions of the song to realize that the show really did just rip off Coulton directly.

There’s been a lot of talk this week about Glee and Coulton, but we were curious what Sir Mix-a-Lot had to say about this, so we checked his various social media sites. Turns out he’s been dealing with a Twitter hoax about his death, reports of which are greatly exaggerated. It looks like Mix-a-Lot has had bigger problems to deal with this week:

Just found that farts still stink in the virtual after life