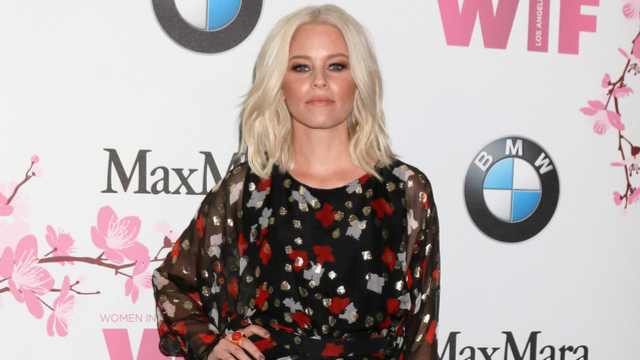 [UPDATE: In discussing Elizabeth Banks’ comments, I ignored the importance of The Color Purple and the entirely valid criticisms being offered by women of color. I am truly sorry for my short-sighted mistake and have written an apology here.]

At this week’s Women in Film Crystal + Lucy Awards, representation was the #1 subject. Wonder Woman came up again and again; Tracee Ellis Ross spoke of the objectification and “sassification” black women experience in Hollywood; Hillary Clinton, Kamala Harris, and Michelle Obama all sent in video messages about the importance of women working in the industry.

During her acceptance speech for an award in excellence in feature directing, Elizabeth Banks called out Steven Spielberg for what she sees as poor allyship. Speaking about how to increase women’s representation behind and in front of the camera, she says women can’t do it without help. “We need dudes,” she said. “We need the guys. It’s our responsibility to bring the men along.” She then called out Spielberg specifically, for being an industry legend who only (or almost only) makes stories about characters that look like him.

Banks told the audience, “I went to Indiana Jones and Jaws and every movie Steven Spielberg ever made. And by the way, he’s never made a movie with a female lead. Sorry, Steven. I don’t mean to call your ass out, but it’s true.” Someone in the audience quickly pointed out that that’s not actually true. In 1985, he directed The Color Purple, with a black woman lead. Banks fumbled for a second, threw out an “Okay, I’m wrong,” and moved on. A lot of outlets and individuals are criticizing her for attacking Spielberg without getting her facts straight. And sure, she was wrong. But her larger point is still 100% on-point.

Yes, Spielberg has made a movie with a female lead. Three, in fact. A decade before The Color Purple, he directed Sugarland Express starring Goldie Hawn, and 30 years after it, he made The BFG with a young girl in the lead role. But to only have made three movies about women, out of his 30+ feature film directing credits, is worth criticizing. Especially because Steven Spielberg is not a normal director. He’s a legend, and one that has served as nothing short of a hero for generations of young filmmakers. Over the last four decades, he’s played an enormous role in shaping the film industry’s values. His influence cannot be overstated. He is exactly the type of person Banks is saying need to be helping deserving women directors get noticed, both with direct attention, and also simply by leading by example, just by making movies about all types of characters. Sure, writers and directors are naturally going to write what they know, and write what they relate to. But when you’re at the level of Spielberg, when you’re setting the standard for big-budget tentpole blockbusters and influencing aspiring filmmakers all over the world, that position comes with responsibility. At that point, to limit yourself to only stories about characters who remind you of a young, idealistic version of yourself, just seems lazy.

Add to that the fact that Spielberg isn’t just a writer/director, but also a producer. Among his projects currently in development are films from Sam Mendes, Chris Columbus, and Drew Goddard. Spielberg is in a position to bring money, support, and prestige to anyone he wants. Sure, I want a Drew Goddard movie with Spielberg money behind it. But when we talk about getting more women to the table, more often than not, the reaction treats that idea as if we’re suggesting the very best male-driven projects be sacrificed for mediocre ones from women. Cries of “best person for the job!” inevitably come up. As if we’re saying we’d rather any movie by literally any woman alive had been made instead of E.T. In reality, representation is not a zero-sum game. (Additionally, when you spend a decade and a half making Crystal Skulls and A.I.s, it’s hard to say there wasn’t room in that docket for something else.)

So sure, Elizabeth Banks was wrong about how many women-led films Spielberg has directed. But she was right about him–and the men he both influences and represents–needing to do better. I would be completely remiss, though, if I didn’t point out that looking at his IMDB page, it feels like he might be aware of that fact. Among his upcoming projects is a movie called The Papers, about the country’s first female newspaper editor. It will star Carrie Coon and Alison Brie, and has a woman co-writer, alongside Spotlight‘s Josh Singer. He’s also producing a woman-led Transformers spin-off called Bumblebee. Those plus last year’s BFG is a huge uptick in women’s stories for a man who had previously only made two, spread over 40 years.

Hopefully, this is the start of a trend, where men like Spielberg want to invest in stories by and about women. Elizabeth Banks might have gotten a fact wrong, but her message is necessary, and it’s working. It would be naive to think that Spielberg, after half a century in this business, just decided completely on his own to increase his investment in women’s stories. The conversation about representation has grown louder and louder over recent years, with no signs of quieting down. And not only are more women stepping up, setting their sights on these opportunities, but men are hearing this conversation as well. Powerful men like Spielberg are hearing us say they need to do better, and some of them are. Let’s hope this is the beginning of a trend in which more of these men listen and act.