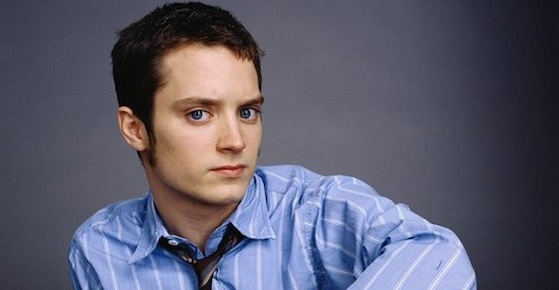 One of our favorite actors from Back to the Future Part II* was just announced to have taken a lead role in a new movie called Grand Piano. An indie thriller, it is being described as “Speed with a piano” and involves Wood’s character being forced to play the piano in a way that is so good that it will save lives. But like I said, this is a thriller and not a feel-good family movie about a do-gooder-slash-ivory-tickler. Nope — the Speed to which I refer is the 1994 Keanu Reeves action movie about the terrorized bus. Yup. Speed with a piano. Play, Elijah Wood! Play until the world is safe from evil!

The Hollywood Reporter says that Wood will play a concert pianist who has fallen from grace and is making a comeback after a five-year break. When he does get back behind the keys, he finds a threatening note and finds himself hostage to this mysterious person, forced to play the concert of his life in order to save himself and his wife from being murdered.

That’s your basic plot, and not many details have been released except for who is behind it. The producers are familiar with this idea of “suspense in limited space” — Adrian Guerra and Rodrigo Cortes worked on the Ryan Reynolds thriller Buried, in which the star was underground in a coffin the whole movie. The script is being written by Damien Chazelle, a newcomer who is writing the sequel to The Last Exorcism, and directed by Eugenio Mira. The movie will shoot in both Spain and Chicago, most likely starting in the late summer.

(The Hollywood Reporter via Geek Tyrant)