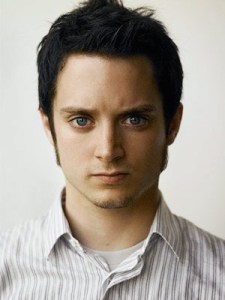 So, Peter Jackson has been shooting The Hobbit in 3D, which is certainly going to be a breathtaking thing to watch! And one of the actors returning to the world of J.R.R. Tolkien to reprise his role from Lord of the Rings, Elijah Wood, also likes the prospect of a sweeping, beautiful movie shot in 3D. But what about movies that aren’t shot in 3D and are altered afterwards? Well, some of those are okay, according to Wood. Even the Star Wars movies. Especially the Star Wars movies! But why — OH WHY — do we as a moviegoing audience have to see them in order? Starting with Episode I? Elijah Wood is not happy, you guys.

He has a serious bone to pick with George Lucas. The actor, who just wrapped shooting for The Hobbit, had some choice words for the director:

Indeed, Lucas plans on releasing the six movies in both trilogies one per year beginning in February 2012 after remastering them in 3D. Starting with Episode I: The Phantom Menace. So, that means Attack of the Clones arrives in 2013, Revenge of the Sith in 2014 … We’re not even going to see the original trilogy in 3D until 2015. It will be 2017 by the time we see Return of the Jedi. Sure, all that Lucas money will probably mean very good 3D remastering, but still. So, at least Wood can rest assured that this part of his concern will be abated. Here is what he had to say about the possibility of Lord of the Rings being remastered:

“I think it would be cool to see. There’s talk of releasing a dimensionalised trilogy eventually. I’m okay with doing post-process 3D, as long as someone takes the time. What I’m upset about is when a movie doesn’t have the budget and the time to devote to it and they’re not fine-tuning the detail of that, because it can look really bad and cheap. But I know that they wouldn’t dimensionalise it unless it was a super meticulous process.”

And what if they only released those annually? Will Peter Jackson have to feel the Wrath of Wood?