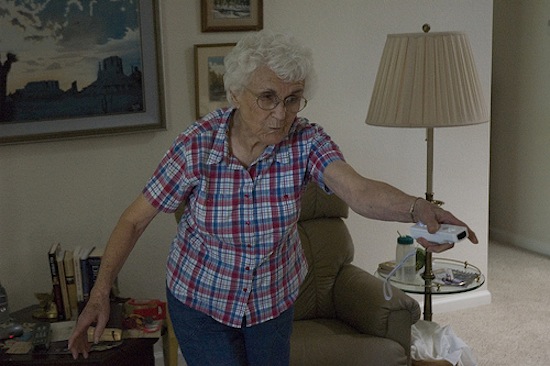 Want to prevent yourself from becoming depressed as you get older? Keeping your video game habit going may be a good first step. A study released this week in the journal Computers in Human Behavior suggests that elderly people who play video games — even just occasionally — are more social, better adjusted, and less likely to be depressed than their non-gaming peers.

The study by researchers at North Carolina State University followed 140 seniors who lived on their own. A rather high-seeming 61% of the participants reported that they played video games at least once in a while, and surveys of the two groups — regular or occasional gamers and non-gamers — found that those who worked a little bit of electronic entertainment into their lives averaged experienced higher levels of well-being and reported depression less often than their peers who never played.

While the study suggests a link between higher levels of happiness and satisfaction and playing video games, it’s not clear exactly what that link is, and whether playing video games can directly result in people being happier and more satisfied with their lives remains an open question. Says Dr. Jason Allaire, who led the NCSU study:

There you have it, folks — another reason to never throw out an old video game system. 30 years from now, your grandchildren may be able to whoop you in 4-dimensional chess on the holodeck, but you’ll still be able to teach them a thing or two about Gears of War. If that’s not cause for breaking into a yellow, gap-toothed grin, I don’t know what is.