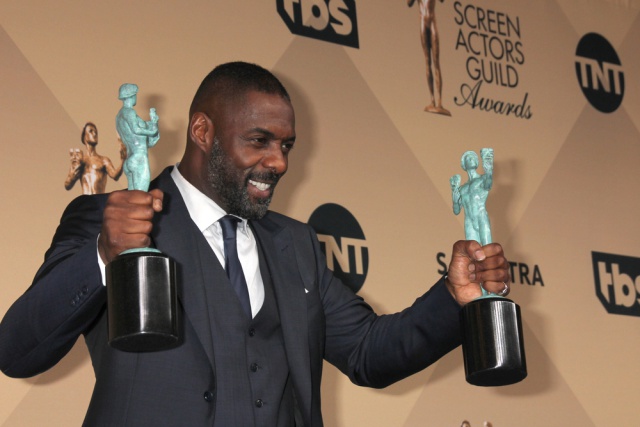 Even though he has never been cast officially in the role, I think in the eyes of many Idris Elba is our Bond. Or at least the Bond we deserve. Elba further proved that by saying that the next person to be Bond should be a woman.

In an interview with Variety Elba said, “Are we interested in having a Bond character other than being a male? It could be a woman—could be a black woman, could be a white woman. Do something different with it. Why not?”

The genderbending of James Bond is something that has been thrown around for quite some time, but with Doctor Who casting Jodie Whittaker as the 13th Doctor, breaking an over 50-year legacy of male Doctors, it seems a little bit more possible.

Gillian Anderson already has some promo art depicting her in the role, so let’s just get it done. She already has an amazing smolder, she is a bisexual actress so James Bond can still be the great seducer, plus it’s Gillian Anderson.

It’s Bond. Jane Bond.
Thanks for all the votes! (And sorry, don’t know who made poster but I love it!) #NextBond pic.twitter.com/f8GC4ZuFgL

While I would love to see Idris Elba in the role, even though he admittedly doesn’t want it, I think going female is the next big step for this franchise. Plus think of the potential fan edit that removes all the female Bond scenes and tries to replace it with scenes from other Bond movies. Do you really want to take that opportunity away from someone?

Until then, Daniel Craig, despite making a lot of fuss during his press tour for Specter gave some mixed messages about if he would be taking on the role of 007, has signed on to do another Bond movie. As the first blond Bond, I’m sure he would also love to see someone different in the role eventually as well, but until then at least Craig will be inside the suit one more time.