Elan Gale Faked Being a Jerk on Twitter, Possibly Still One in Real Life 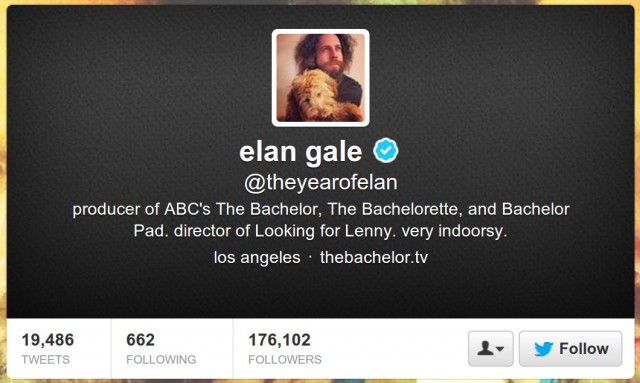 Over Thanksgiving weekend the Internet blew up with with the story of Bachelor producer Elan Gale livetweeting a feud with a woman on his plane. She was being selfish and unreasonable, and so he responded by being more unreasonable — only he didn’t really. He admitted the whole thing was a hoax.

Last night Gale tweeted this photo of the women he was feuding with:

Here is Diana sitting in a chair pic.twitter.com/OE5q7j8dhr

If that’s his goal, he seems to have accomplished it. It was a harmless prank since really he wasn’t being a jerk to anyone, except maybe to the Internet. Beyond people getting a few laughs, we were surprised at how quick to rally against the fake woman the Internet was.

The latest episode of The Geekosystem Podcast will be out later today. In it, we discuss the story, but it was before we learned it was a hoax. We do mention the possibility of it being fake, but the confession from Gale hadn’t come out yet. Unlike most of the Internet, which seemed to praise Gale for really sticking it to that dumb lady, all of Team Geekosystem was in rare agreement that the way to handle someone being a jerk on a plane isn’t to be a bigger jerk back to them.

We took particular issue with livetweeting the event as a way of saying, “Hey, everyone! Look what a jerk I’m being!” We also disagreed with the logic of trying to feed an angry person on a plane alcohol. It just seems like it would make things worse. But at the end of it all, it was a hoax, and Gale wasn’t being mean to anyone beyond tricking the Internet into believing something untrue. He’s a reality television producer. We should really expect that kind of thing at this point.