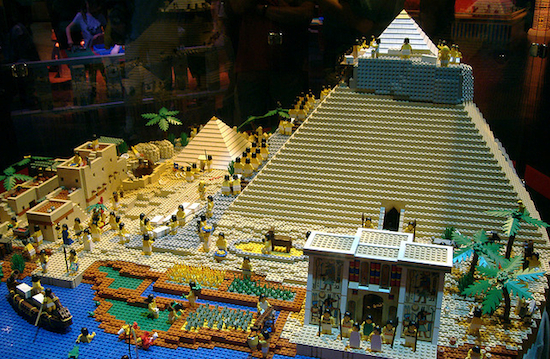 With the sorry state the job market is currently in, having years of knowledgeable experience and a cordial workplace attitude aren’t enough to improve one’s station in the office. Desperate times call for desperate measures, and sometimes you just have to buck up and rely on the power of the almighty dollar to skyrocket up that corporate ladder. It’s a common misconception that the oftentimes unsavory practice of paying one’s way to the top is a modern conception reserved only for the truly manipulative, but a recent discovery has shown that ancient Egyptians had done the same a little over 2,000 years ago. While this development isn’t all that surprising, the fact that some Egyptians paid their way into slavery is certainly baffling enough to raise an eyebrow.

Thanks to our being influenced by sensationalized Hollywood cinema, we typically associate ancient Egyptian slavery with images of laborers toiling in the desert sun, massive stone blocks being hauled up impossibly steep ramps, and unrelenting slave drivers cracking the whip more times than Devo could have ever hoped to. It’s a veritable death sentence to be sure, and many ancient Egyptians who occupied the lower rungs of society shared in this sentiment. Essentially, if you didn’t have two coins to rub together, your career options were limited and typically involved dreaded forced labor. However, there were a fortunate few that managed to have some spare cash lying around and pay for the honor of being a much more respectable temple slave.

The University of Copenhagen’s resident Egyptologist, Kim Ryholt, made this discovery when analyzing slave contracts from the ancient Egyptian temple city of Tebtunis. These contracts required that prospective slaves pay a monthly fee to maintain their servitude and swear an oath of fealty to a particular god figure. In addition, slaves were able to sign up in the name of any future descendants , ensuring that they do not suffer the fate of forced labor. The contract stipulated:

I am your servant from this day onwards, and I shall pay 2½ copper-pieces every month as my slave-fee before Soknebtunis, the great god.

As voluntary slaves, these people engaged in agricultural tasks around the site of the temple, which, in comparison to forced labor, was akin to a cushy job in our time. No doubt that forced laborers looked on from afar in seething envy — when their slave driver had his back turned or passed out from heat exhaustion under the shade of a palm tree, of course.

Though the potential for on-site death was minimal and made for a nice perk, temple slaves weren’t exactly getting paid for their rendered services and did nothing to contribute to keeping up with the monthly fee. Shedding light on this conundrum, Ryholt said that many slaves had a second job of sorts outside the temple that helped them earn an actual steady income. In other words, once the temple slaves were done tending the fields, it was time to take up the night shift at McOsiris’ or Burger Pharaoh.

(via Nature, image via ckeigher)