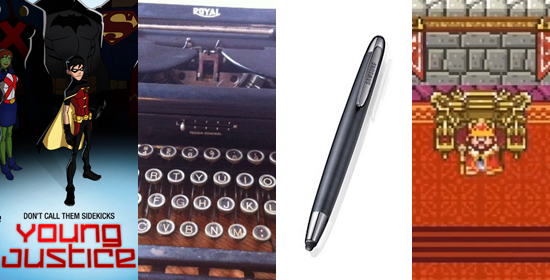 Once I finished Adventure Time, I honestly wasn’t sure what to do with myself. There was suddenly this gap in my life that was no longer filled with delicious animation. Sure, I could watch the show again, but there’s something to be said for discovering greatness over reliving greatness. That’s how I came to watch Young Justice.

I’ve never been much of a DC Comics kind of guy, but I’ve read my fair share. Plus, Batman Beyond was great, and so was Batman: The Animated Series. Giving another DC animated show just seemed like a no-brainer. So far, I was totally right for thinking so.

Young Justice follows a group of what might otherwise be considered sidekicks, like Kid Flash and Robin, as they form their own version of the Justice League. I won’t spoil anything that happens, or which characters make appearances, but let’s just so that any fan of comics won’t be disappointed. It’s a worthy version of an expansive canon, and more than worth the time it takes to become invested in it.

When I returned from my trip home for the holidays, I brought back a lot of lovely gifts — sweaters, comics, books, and the inevitable sack of socks. The most exciting thing I returned with wasn’t a gift, though — it was an old typewriter in a state of disrepair. It was an artifact that had always fascinated me, my grandfather’s ancient Royal, and so I decided to take it on the road and try to tinker it back into working order.

After just a week of work, it’s mostly clean and in order. Keys adjusted with a set of tweezers, some needle nose pliers, and a bit of patience are striking true and returning to position as they were meant to. Decades of cobwebs, dust, and grime that coated the keys are slowly yielding to warm water, dish soap and a little elbow grease.

It hasn’t been exactly hard work, though it is tedious. If you’re in the mood for it, though, there’s very much something to be said for it. Digging into the guts of the machine with a cocktail in hand and an old favorite album in the background just feels right. The adjustments that need to be made are often minute, the crevices I have to clean out tiny and hard to reach, but sometimes there is nothing like the satisfaction of doing a small thing just right.

It’s been a chance to learn some things as well. I’ve never been mechanically inclined, but I’m getting better — living in a string of falling apart apartments has taught me how to unclog a sink or repair a light fixture out of nothing but self-preservation. My time with the Royal is different though. It’s more contemplative. It’s nice to finally sit down and see how a thing works, to come to know it as an object — specifically, as a Royal Portable Standard, according to its serial number, and a 1936 model, as indicated by the Royal logo on the paper rest. It’s a powerful and elegant creature, and though it’s an archaic antique now, there was a time not so long ago when it was as fine a testament to human ingenuity as you could make. Considering how frankly little work it took to return to fighting trim after the better part of a century in storage, respect should still be paid.

The Royal is nearly back in working order, though it will be another couple of weeks of polishing and removing tarnish before I’m prepared to call it truly done. In the meantime, I’m already scouring eBay for good deals on fixer-upper machines, eager for my next fix. So if anyone sees an old Underwood being let go on your local Craigslist, let me know? Or hey, just take a shot at restoring it yourself. There’s something to it.

I picked up the Galaxy S III on the cheap during Black Friday this year, but what I really wanted was the Galaxy Note II. The screen on the Note II is beautifully enormous, and I loved the idea of the S Pen stylus. The reason I settled on the S III was purely a price issue. Best Buy had the S III for $50, and the Note II for $299. A larger screen and a stylus didn’t seem worth $250 at the time.

For the holidays my wife got me the C Pen stylus for the Galaxy S III, and it’s done a pretty good job of bridging the gap between the S III and the Note II.

The built in S Pen stylus of the Note II was a pretty big draw for me. A lot of people look down on styluses in general, thinking they’re outdated, but I’ve always liked them. Having a large screen and a stylus is like having a notebook and pen, and I love notebooks and pens. Maybe next week my pick will be notebooks and pens.

For now though, my pick is the C Pen. It lacks the enviable pressure sensitivity of the S Pen which practically turns the Note II into a Wacom tablet, but I can live without it. The point of the C Pen is much smaller and pen-like than any other smartphone stylus I’ve ever seen. Writing or drawing with it on the glass of the S III is a very similar feeling to writing with a pen on paper.

The C Pen works beautifully with the S III, and I’ve tried it with mixed results on the touch screen of my laptop. It isn’t as responsive on the laptop, but I’m willing to blame that on my computer and Ubuntu’s limited touch screen support rather than the C Pen itself.

The S Note app on the Galaxy S III offers things like handwriting recognition, but mostly I’ve just been using the C Pen and S Memo to draw pictures of my dog Elvis. 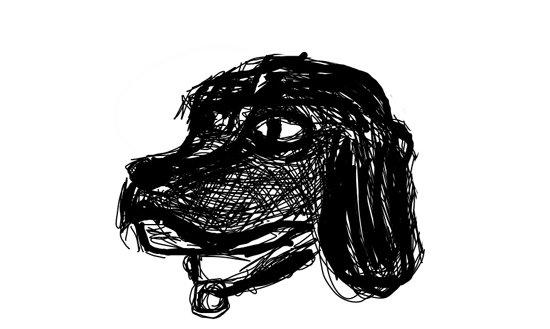 There really isn’t an explanation for the phenomenon, but on occasion it’s more entertaining to sit back and watch someone else play a video game. Whether we do so out of pure laziness or to sate that gnawing sense of schadenfreude by watching our friends fumble through a course is up for debate, but, some time ago, I stumbled upon a wonderful little show from Japan that managed to capture this inimitable magic I just described: GameCenter CX.

Airing on Japan’s Fuji TV Two for nearly 10 years, GameCenter CX stars Shinya Arino: An employee of the GameCenter CX Company who plays retro video games of the ’80s and ’90s at the behest of a demanding and unrelenting 16-bit king. Each episode showcases a new game and an accompanying challenge that pushes Arino’s physical and mental thresholds to their limits, with cheap snacks and cooling patches the only known way to stave off the stress — it’ll make a lot more sense once you watch it, trust me. Some of the games Arino plays are instantly recognizable, while others — if not a majority of them — were available only in Japan. Still, it makes for a nice showcase of video games that ran afoul of foreign censorship issues. The fun part is trying to guess where!

Though the show centers mostly around Arino playing retro video games until his thumbs bleed, but sometimes he’ll go outside to reacquaint himself with the sun and society, hitting up Japan’s innumerable gaming shops and arcades. And if you’re a truly dedicated geek, these are the kinds of places you’d want to be your final resting place. With the weekend only a few short hours away, why not get a start watching 10 years worth of GameCenter CX on YouTube? And I dare you to try and watch just one!