Editors' Picks 11/23: Tickling the Carbonate of Football | The Mary Sue 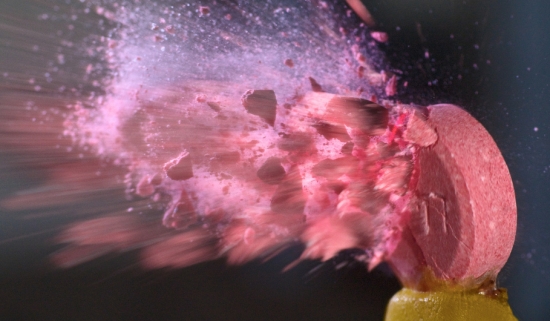 This week in Editors’ Picks: Rollin applauds his new compatriot, Ian praises calcium bicarbonate, and Glen enjoys some games of the non-video variety.

There’s nothing better than having a new writer come on that knows their stuff. Hiring for editorial is always a sketchy prospect, as it’s pretty difficult to say how writers will respond to the variety of situations and subjects thrown their way. We here at Geekosystem have a rather broad list of interests that we cover, and sometimes it’s a bit much for fresh meat to handle.

That’s why my pick this week is Glen Tickle, our newest editor. Today marks the end of the second week since Glen came on board, and it’s been a blast each and every day to have him in the office. The man’s a comedian, after all, so it shouldn’t have been too surprising. He’s been an absolute pleasure to work with, and I look forward to see what else he has up his sleeve.

Unless it’s his arm. Keep those shaggy things covered, buddy.

I’m a big fan of science in general, because science can do amazing things. Now when I say that, I’m usually talking about things like communicating across the planet in the blink of an eye, or dropping a robot onto another planet. Sometimes, though, we take for granted the little things — the ways in which science has made our lives better for years that we don’t even think about anymore.

Consider, for a moment, the humble Tums.

The calcium carbonate and sugar tablets have been a medicine cabinet mainstay for decades. They may not be a miracle of modern engineering — the recipe hasn’t changed substantially in years, and the taste is something I have yet to get over entirely — but when the stomach sets to rumbling, there’s almost nothing I’d rather have in my corner than a plain bottle of Tums. They haven’t changed because they haven’t needed to — they got it right the first time. There’s an elegance in that one has to pay respect to.

We’re sure we’re not alone in needing a little recovery time from Thanksgiving today. After all, plenty of us had more meal than we could handle, along with probably a couple of libations among friends yesterday, that set our zippers to bursting. As I start today the long work of getting back to the original notches that came with my belt, I am aware that I would be having a much worse afternoon without the aid of the chalky little tablets that, to me, will always be among the most lasting signs of better living through chemistry. And for that, I give one last thanks this week.

Video games are great. They are in fact probably the best kind of game. And they’re so great that it’s easy to forget how great playing games in the real world can be. That’s a shame, because playing games in real life is pretty wonderful.

Every Thanksgiving, my three brothers and bunch of other guys from the neighborhood play football. I haven’t participated in this game since I was in elementary school, because football is boring and I was never very good at sports. But I’ve been too busy with this new job to get to the gym in the last two weeks, so I played football with my brothers for the first time in about twenty years. I thought it would be good exercise.

It’s not important how many touchdowns I scored (5), or whether or not I repeatedly dominated my friend Jaryd (I did), but what matters is that it was actually a lot of fun. We could have all played a video game tournament or something, but it wouldn’t have been the same, and I wouldn’t be nearly as sore as I am today.

Growing up as the kid who would rather stay inside playing Dr. Mario than go outside for any reason, I can’t believe I’m saying this, but go outside and play football with your siblings and friends. It’s actually pretty great.