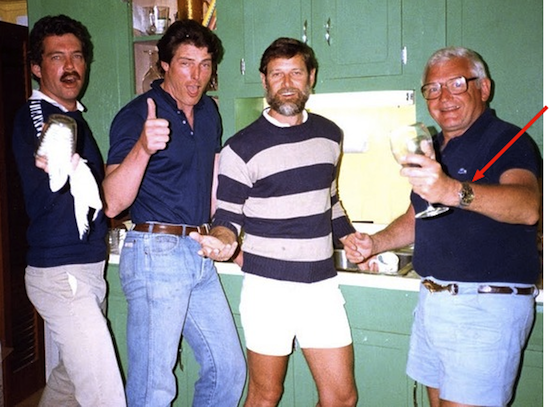 A retired Navy doctor named Bob recently put an old watch for sale on eBay, starting at $9.95 with no reserve price. Within days, the price shot past $30,000, eventually settling at $66,100, the price for which it ultimately sold. The reason: The watch was an ultrarare Rolex Submariner Ref 5510, a model popularized by Sean Connery in the James Bond films.

Hodinkee explains how it came into his possession:

The journey begins 52 years ago, at a Navy Exchange on Kwajalein Atoll in the Marshall Islands. It was here that a young aviation medical student, Bob, spent what was likely the best $70 of his life (much to the chagrin of his wife). When asked why he chose this particular watch he replied, “I needed a dive watch and this was one of the few available,” as he recalled looking through multiple dive watches. Being an avid diver, the intention was simply to time air reserves on his dives.

For much of the next 35 years that’s exactly what the watch did. Bob spoke fondly of his diving experiences both in Navy at the Marshall Islands as well from a home in the Bahamas, where he lived through the 80’s. Serving its purpose faithfully for over half a century (a testament to the caliber 1530 still ticking away inside), the watch has spent the last decade tucked inside a drawer.

Larger view of the watch: 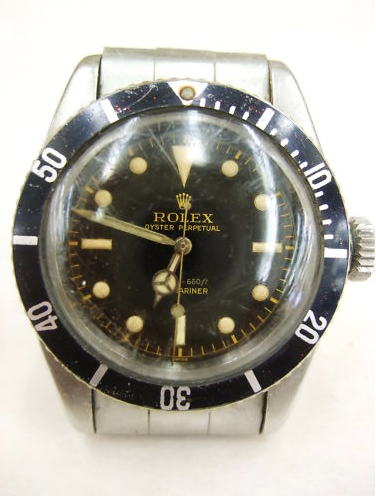 P.S: Christopher Reeve is one of the men in the above photo, which was taken at a diving party.