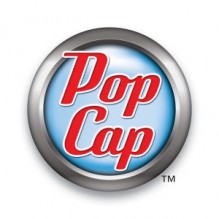 When Electronic Arts bought up PopCap Games back in July of last year, folks made jokes about how EA would push things like Bejeweled DLC that changed the color of the gems, but the laughter contained a kernel of truth. There was always some concern that a purchase would mean PopCap employees losing their jobs. It’s taken a bit, but those concerns have finally come to fruition: PopCap Dublin has been closed, leaving 96 former employees without a job.

This is basically what everyone predicted back when they were bought up, but it’s still an unfortunate event. Even though we might make snarky responses about such situations, it’s still serious business when dozens of folks lose their jobs.

The news comes courtesy of MCV, which also has the official statement from PopCap’s PR:

Worldwide, PopCap is still growing, and intends to continue hiring and developing current staff. We will continue to invest in new games, platforms, and markets while we expand the reach of hit franchises like Bejeweled and Plants vs Zombies.

The party line appears to be, “Yes, there was a closure, but the company’s still growing. Seriously, you guys, it is.” The given reason for the layoffs include removing “duplicative” roles, like legal positions, that are now handled by Electronic Arts. Lost jobs are lost jobs, though, no matter how you cut it.