Report: PopCap Games to be Acquired for Over $1 Billion by Electronic Arts 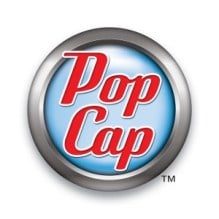 Various outlets are reporting that PopCap Games, essentially the casual gaming kings of the modern gaming era, are in late stage acquisition discussions with Electronic Arts for a price of over one billion dollars. You may not know PopCap Games by name, but you certainly know them by game: The makers of Bejeweled, Plants vs Zombies, Peggle, and Bookworm, to name a few.

If Electronic Arts does indeed acquire PopCap for the rumored price of over one billion dollars, they would be paying a large chunk of their market cap, which is currently $7.49 billion, meaning they’re making a huge bet on PopCap, but judging from PopCap’s dominance of the casual gaming market, their string of top notch titles and their fantastic devotion to product quality (say what you will about casual games, but PopCap knows how to make you play their casual games instead of other ones), EA is probably making a safe bet and a smart move. One can only assume that if EA really does acquire PopCap, they will give PopCap their freedom, but make PopCap their “casual games division,” so to speak, similar to how they made BioWare their “RPG division” back when EA acquired them a few years ago. Of course, one can always make the joke that if EA acquires PopCap, Bejeweled might suddenly get a bunch of $0.99 DLC packs that add new-colored gems and Plants vs Zombies may get a $2.99 DLC pack that adds a female scream when you lose a level.