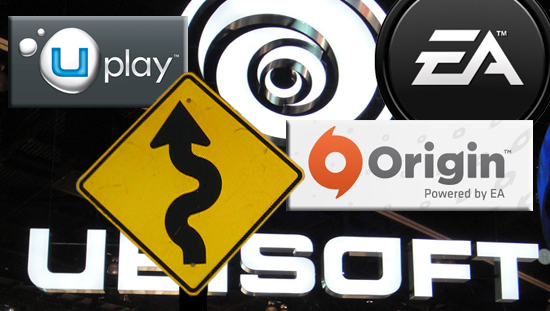 Electronic Arts is one of the world’s biggest video game publishers, and developers of just about any kind of video game you can think of, from first-person shooters like Crysis 3, adventure games like the Harry Potter series, or life simulation games like the Sims or SimCity. Ubisoft, meanwhile, is another video game giant, holding up über-popular games like Assassin’s Creed 3 or publishing games others produced, like Resident Evil 4.

So why this strange alliance between rivals? Here’s my theory: This is the fifth Horseman of the Gamerpocalypse, riding in on a… high horse? All right, maybe it’s just some wacky cross-publisher brinkmanship aimed at challenging the likes of Steam, the digital distributing platform.

But this crazy straw of a move gets more twisty still. More than a dozen other companies — Warner Bros. Interactive Entertainment, Nordic Games, Robot Entertainment, etc. — are bringing their wares to Uplay as well.  So there you have it. No matter where this goes or how it plays, you’ll be able to snag The Walking Dead, Far Cry 3, or King’s Bounty right on Uplay.